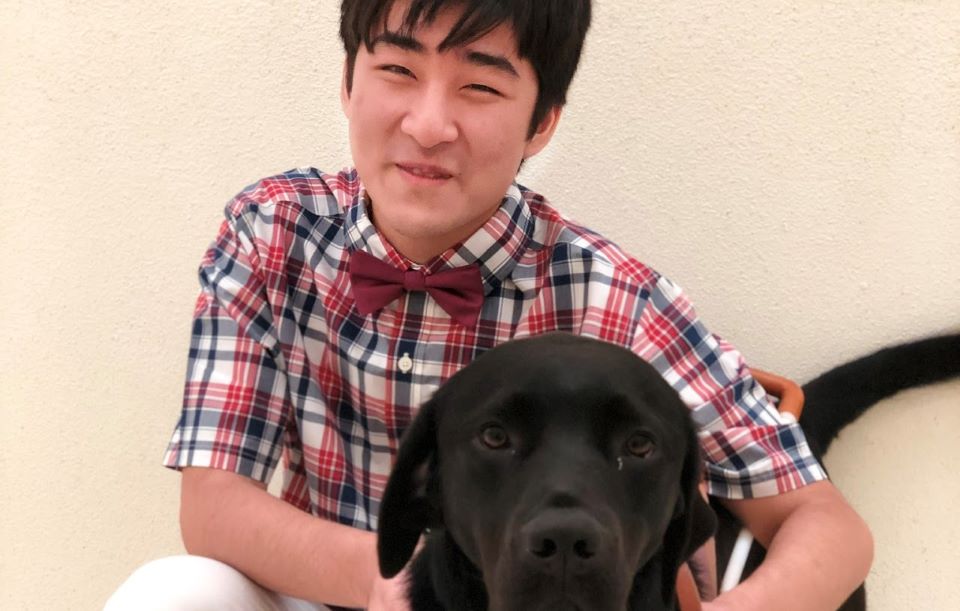 Choi, who has a degenerative retinal condition called Leber Congenital Amaurosis and has an eyesight of 20/3,000, is collaborating with SLU graduate student Colton Doherty to develop an adapted hockey puck.

As a member of the club, Choi provides first-hand feedback and the defensive player’s input continues to advance CHROME Lab research.

“It’s difficult to locate a stationary puck,” Choi said. “The pucks have ball bearings that rattle around inside them while moving, but that means when the pucks stop moving, they stop making noise.” 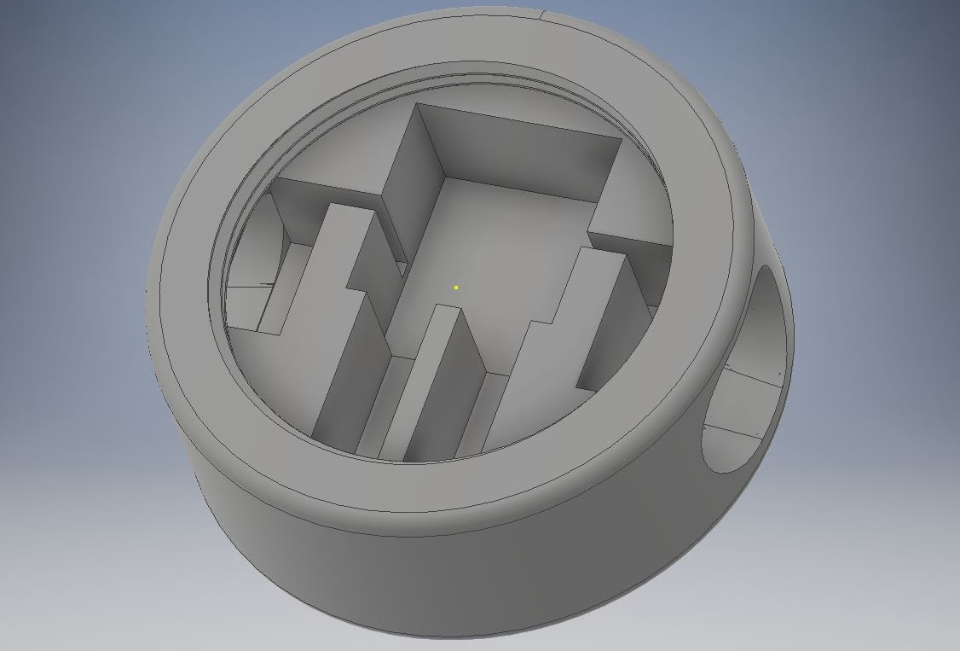 A graphic of an adapted hockey puck. Submitted by SLU's CHROME Lab.

For this project, the CHROME Lab partnered with the St. Louis Blues Blind Hockey Club. It is one of 17 Blind Hockey programs nationwide for youths and adults.

“This project exemplifies collaboration with the community, which is a staple of the research program in the CHROME Lab,” said Jenna Gorlewicz, Ph.D., associate professor of mechanical engineering.

Gorlewicz is director of SLU’s CHROME Lab. At the CHROME Lab, engineers work collaboratively with professionals to create new technologies that promote effective multimodal information transfer. Other research projects at the CHROME Lab include one that explores how vibrations enhance the accessibility and usability of touchscreens.

“The coaches, players, and volunteers have been instrumental in conceptualizing and driving the innovation in this research," Gorlewicz said.

One solution the team is investigating is covering the current League Standard Puck with a cage of 3D printed flexible material to absorb the shock of a stick striking the puck. Researchers hope this will increase the lifetime of the puck while maintaining its sound-producing qualities. Researchers are also testing different shapes and tightness to see how it affects the sound profile of the puck.

Former SLU graduate student Triston Cooper created a White Noise prototype puck that produces a sound like TV static. Players said the sound is more pleasant to listen to and found it easier to locate the puck compared to high-pitched tones. Currently, the team is investigating how to make the sound louder and the electronics inside the puck more durable.

“Since its inception, we have made prototypes of new pucks, created modifications to enhance the capabilities of the current puck, and are conceptualizing new wearables that will connect coaches and players to the game in new ways,” Gorlewicz added.

Choi, a junior social work major with a minor in computer science, is developing a Bluetooth app for the puck. The app will allow coaches to control the puck while it’s in play.

“What I envision is a coach will have their phone during the game and be able to pair it with the puck on the ice,” Choi said. “They will have several functions within the app that adjusts its volume based on the environment or turns the puck on or off.”

Choi said he is honored to work on a project that will benefit blind and visually impaired hockey athletes. This research is funded by the St. Louis Lighthouse for the Blind.