Wayne Loui, former professor in Fine and Performing Arts at Saint Louis University, died from complications of COVID-19 on Jan. 29, 2021. He was 89. 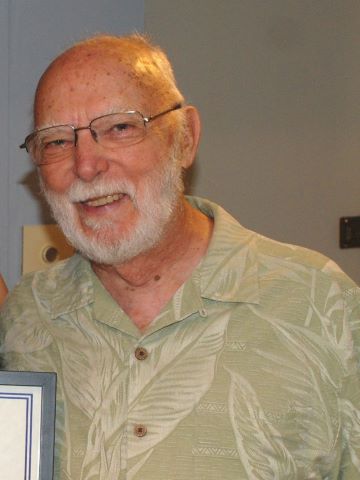 Born in Milwaukee, Wisconsin, Loui moved to Davenport, Iowa with his family and attended St. Ambrose College, where he met Shirley Mescher, who attended the nearby Marycrest College. The two were married in 1952.

After being involved in the early days of radio broadcasting and television in Iowa, Loui accepted a position in St. Louis in 1962. Loui would become known to the St. Louis theater community as an extraordinary teacher.

His insight into movement, acting and storytelling inspired hundreds of students over his decades spent at Saint Louis University and Webster University. He joined SLU in 1967 and retired in 1999.

The Theatre program of the Fine and Performing Arts Department honors him annually with the Wayne Loui award given to an outstanding graduating SLU senior.

Loui’s wife Shirley ‘Tuck’ Loui passed away on Feb. 7, 2021. He is survived by his children, Anne (Andrew), Jen, Michael, Amy, Suzanne (Rob) and Kip (JJ); and eight grandchildren, Aaron, Benjamin (Katie), Tyler, Nicholas, Gwyneth, Marina, Meredith and Max. His first great-grandchild is due in May.

The Loui family will hold a memorial in late spring/early summer.