Saint Louis University leaders and members of the Student Government Association (SGA) celebrated the opening of Phase II of the Academic Technology Commons (ATC) in a ceremony broadcast on Zoom Monday.

The new study rooms are located on the second floor of Pius XII Memorial Library. 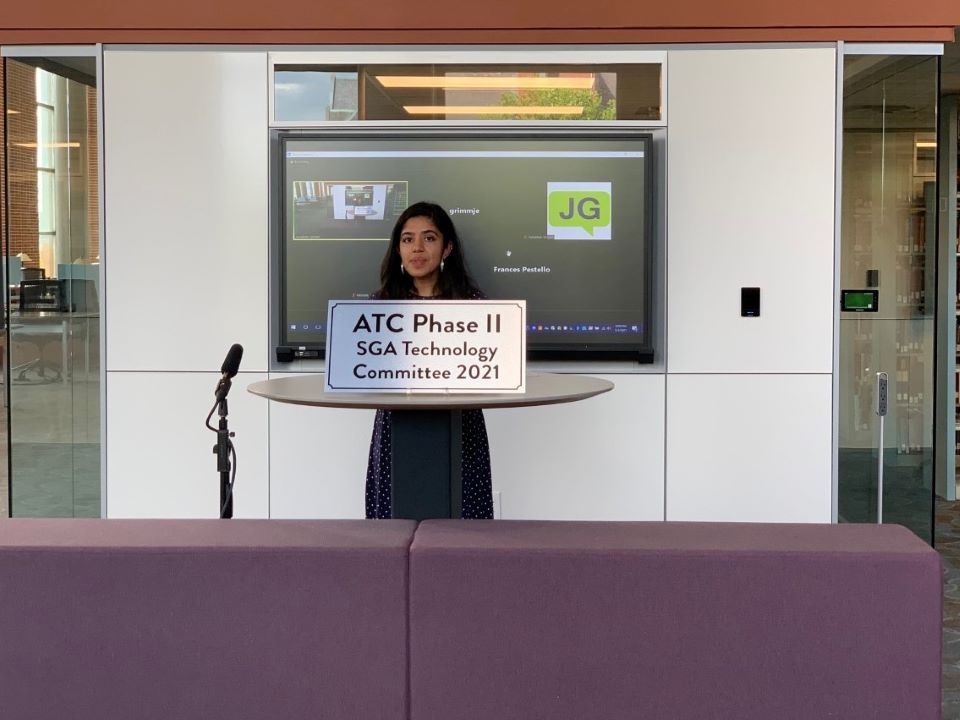 Work on the new study rooms began over winter break, according to Sanya Vatwani, chair of SGA’s Information Technology Services committee. She said her committee worked through the fall semester to finalize plans. More than a mile and a half worth of book shelving was moved to accommodate the new meeting spaces.

Vatwani said the goal of Phase II was to create additional spaces for collaboration among students.

“This will be another jewel in the campus crown that is Pius Library,” she said.

The first phase of the Academic Technology Commons opened in November 2017. The 14,000 square-foot creator space on the first floor of the library includes 3D printers, 360 cameras, recording studios and hologram technology among its arsenal of innovative technologies.

Quick print and charging stations are available and library users have the option to check out tablets, cameras and laptops while also accessing video editing and creation software.

The ATC houses unique learning features to help Billikens make the most of the commons experience. These include SLU’s own Genius Bar, Ask SLU, the Collaboration Studio, the Idea Labs immersive creative studio space and Innovation Studio and the Quick Record Studio and Editing Pods.

The first phase of the ATC was recognized in American Libraries’ 2018 Library Design Showcase. The magazine called the tech commons a standout feature which reimagines the academic library model.

Both phases of the ATC are the product of a collaboration between University Libraries, Information Technology Services (ITS) and the SGA. University President Fred P. Pestello, Ph.D., noted that the collaboration was another example of the OneSLU spirit of campus, with students, faculty, staff and administration working together towards a common goal.

Provost Michael Lewis, Ph.D., said after a difficult year of distancing he couldn’t wait to see the spaces in use next semester.

“We are a Jesuit University - we are men and women for and with others,” Lewis said. “I can’t wait to see students back here working with each other.” 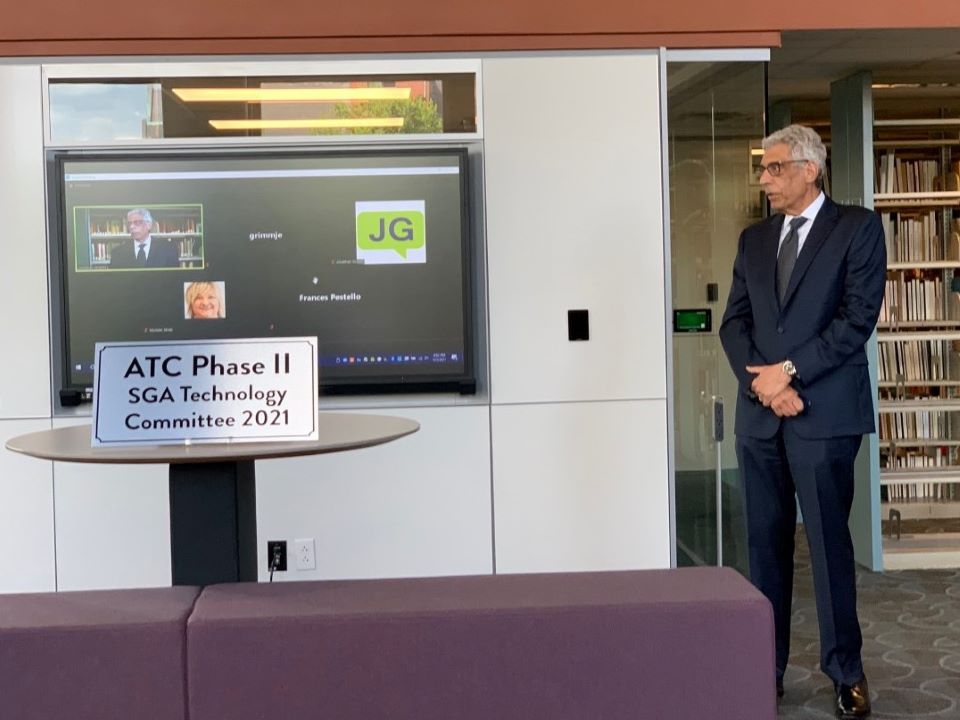 An additional phase is still in the works for the ATC project, which received critical financial support from the SGA. Funds from existing student technology fees have paid for a portion of the costs of each phase of the project.