The generous gift creates the Donald L. Ross Entrepreneurship Opportunity Fund, which will be used to start programs and initiatives that will promote the Chaifetz Center for Entrepreneurship and its activities. Additionally, the gift serves as a foundation for building a $10 million endowment for the center. 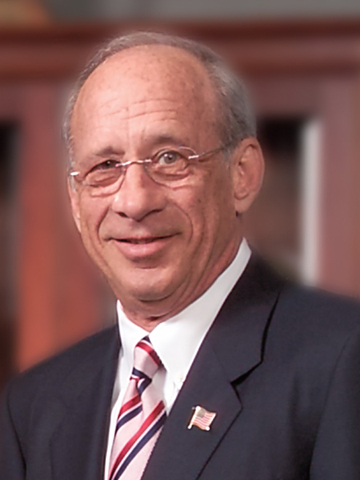 Founded in 1987 and housed within the Richard A. Chaifetz School of Business, the Chaifetz Center for Entrepreneurship helps entrepreneurs combine their business passion with the planning skills necessary to produce high-performing organizations. The center is known for its innovative approach to entrepreneurship and offers nationally ranked programs that introduce aspiring high school entrepreneurs to the world of start-ups and help turn their ideas into action, teach college students to develop their ideas into products and business ventures, and assist entrepreneurs in the community through networking opportunities, peer mentoring and other resources to help develop a successful business.

“We are extremely grateful to Don and Nancy Ross for their generosity in making this gift, which will enhance entrepreneurship education at SLU,” said Barnali Gupta, Ph.D., Edward Jones Dean of the Chaifetz School of Business. “It could not have been made at a more perfect time. Building on its excellent reputation, the center will now be able to expand its footprint in the vibrant entrepreneurship community in St. Louis with new leadership and enhanced programming that will grow the entrepreneurial mindset among our students.”

A nationwide search has begun for a center director; the University expects to have a new director in place by July 1, 2021.

Ross believes that strengthening entrepreneurship education at SLU will help St. Louis become known as a center for entrepreneurship. “My personal motivation is driven by my 54 years at Enterprise,” Ross said. “Jack Taylor was the best example of entrepreneurship to me. He took the risk of starting a new business with borrowed money and made a commitment to do the right thing for customers and employees.

“Entrepreneurship is not only creating, but also committing to providing a product or service that exceeds customer expectations while creating employee opportunity. Saint Louis University embodies this by combining high-quality education with its mission to contribute to the greater good. I believe it is uniquely situated to promote the growth of entrepreneurship in the region.”

“I would like to personally thank Don and Nancy Ross for their special gift to the Chaifetz Center for Entrepreneurship,” said SLU alumnus, trustee and benefactor Dr. Richard Chaifetz. “Their generosity will enhance the programs and reputation of the center and inspire philanthropic support from others who share a passion for excellence in entrepreneurship at Saint Louis University.”

Ross is the former vice chairman of Enterprise Holdings Inc. He joined Enterprise Rent-A-Car in 1964, only seven years after the company’s founding, and has been instrumental in the company’s growth.

He began as a management trainee and was promoted to branch manager in 1969. During an eight-year stint in Kansas City in the 1970s, he played an important role in Enterprise’s nationwide expansion. In 1980, Ross was promoted to corporate vice president and returned to St. Louis, where he oversaw operations and headed up the Enterprise Car Sales functions. He was named senior executive vice president and chief operating officer in 1992, promoted to president of Enterprise in 2001 and became vice chairman in 2004.

A former member of Enterprise’s board of directors, Ross is also active in business, civic and community organizations throughout St. Louis. He currently is a member of the Drury Development Corporation Board and serves on the Missouri Bar’s Judicial Performance Review Committee. He serves as vice chairman for the Missouri Baptist Hospital Board, is a member of the National Council of the Institute for Public Health at Washington University in St. Louis and is former chairman of the board of BJC Health Care. He and his wife, Nancy, are co-chairs of the Roman Catholic Foundation of Eastern Missouri. In 2018, he received the Order of the St. Louis the King Award, the highest honor given in the Archdiocese of St. Louis. Saint Louis University awarded Ross an Honorary Doctor of Commerce degree at its 2019 commencement ceremony.