Zadie Smith was honored Thursday, Nov. 4, with the 2021 St. Louis Literary Award. She received the award in a ceremony at the Sheldon Concert Hall which featured a conversation between Smith and Christopher Tinson, Ph.D., chair of Saint Louis University’s Department of African American Studies. 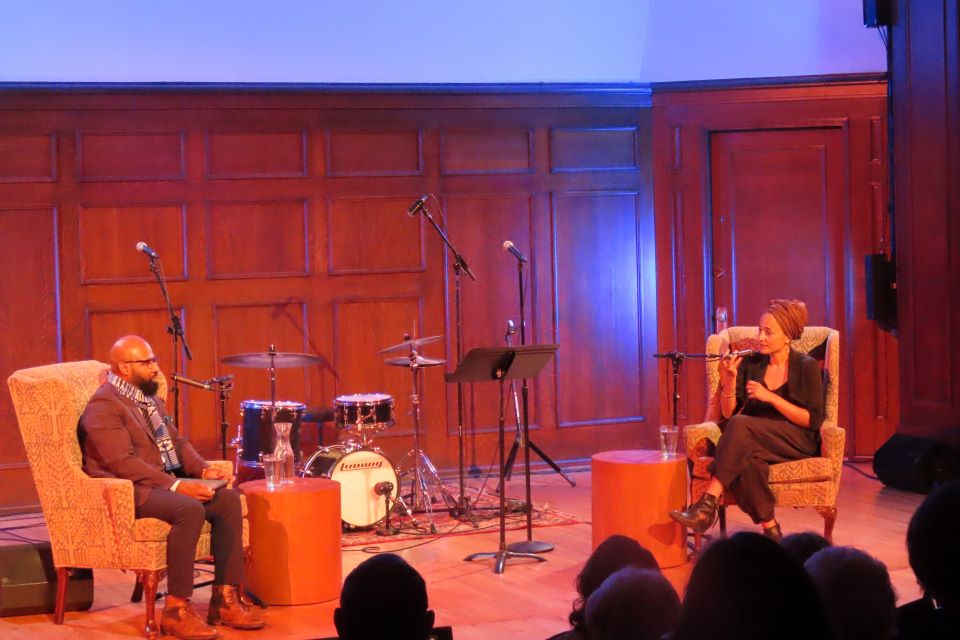 Smith told the audience that receiving awards always felt to her like an acknowledgment of reaching a goal or a pinnacle, whereas she still saw herself as striving to work on the next story.

“The words run through my fingers,” Smith said. “The process never ends, but receiving this award feels like I am in a gathering of my fellow authors - living and dead - on this list and that is such a gift.”

The event included a musical performance by St. Louis Music Box and a dramatic reading by Nancy Bell, the director of the Theatre Program at Saint Louis University, of the short story “Parents Morning Epiphany” from “Grand Union.”