The National Weather Service (NWS) has designated Saint Louis University as StormReady, thanks to the efforts of SLU meteorology students.

The StormReady program focuses on communication, mitigation, and community preparedness to save lives and property from severe weather. Communities, like universities, must meet certain guidelines before the NWS certifies the community as StormReady — a designation that lasts for three years. 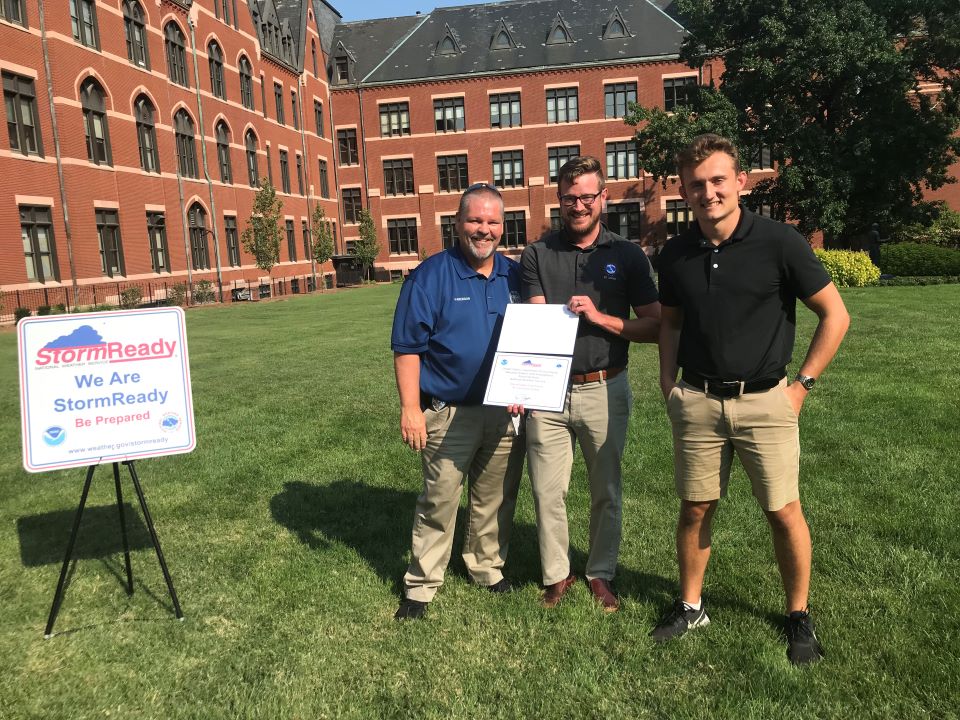 The dedication came during a campus ceremony Friday, Sept. 10. Due to COVID-19 restrictions, ceremony guests were limited to those directly involved with the initiative.

After brief remarks about the program, Deitsch presented a small group of SLU’s undergraduate meteorology students with a certificate and a placard.

“A direct partnership with a campus helps with public safety,” Deitsch said. “It hasn’t happened in a while, but tornadoes do occur in the City of St. Louis. One of our biggest fears as a meteorologist is a tornado ripping right through campus.”

Benjamin Schaefer, a senior meteorology student at SLU who led the student effort, said the last time the University was certified was in 2011 which he said was a record-breaking year in the St. Louis metropolitan area for severe weather.

“Unfortunately, weather-related injuries and fatalities occur because people aren’t informed,” said Charles Graves, Ph.D., chair in SLU’s Department of Earth and Atmospheric Sciences. “Now, we have mechanisms in place thanks to these students and their efforts.” 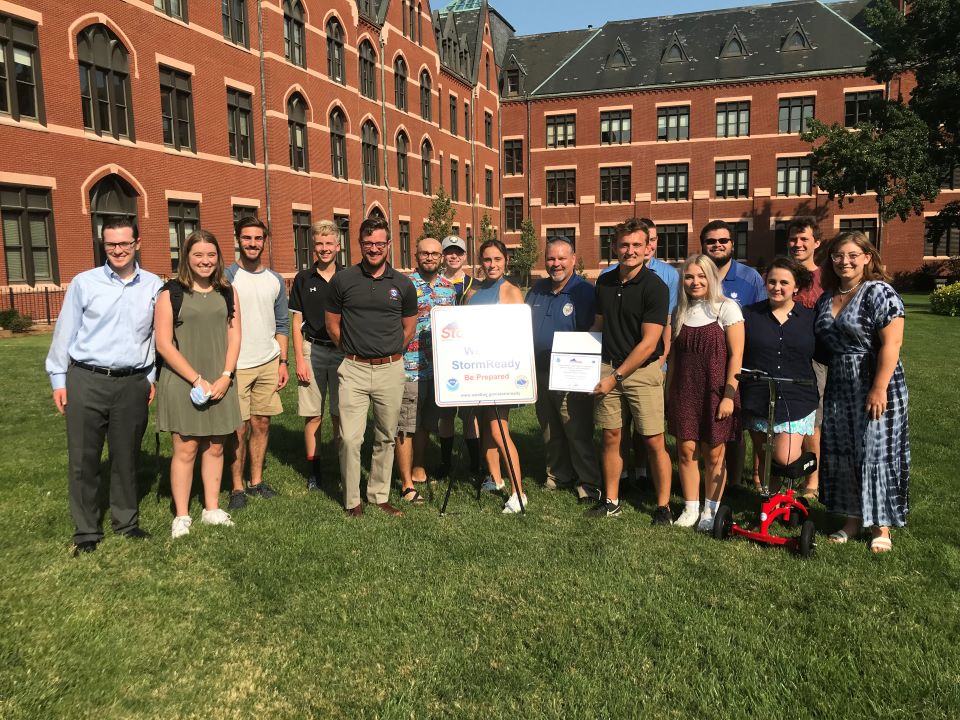 As a part of the process, students were required to promote the importance of public readiness by developing a formal hazardous weather plan that includes training severe weather spotters and holding emergency exercises.

Parkinson said his department looks forward to working with the students in the future to provide additional training for the SLU community. Students are required to conduct at least one training session each year to maintain the University’s designation status. The NWS StormReady plaque now hangs on display at the Busch Student Center.