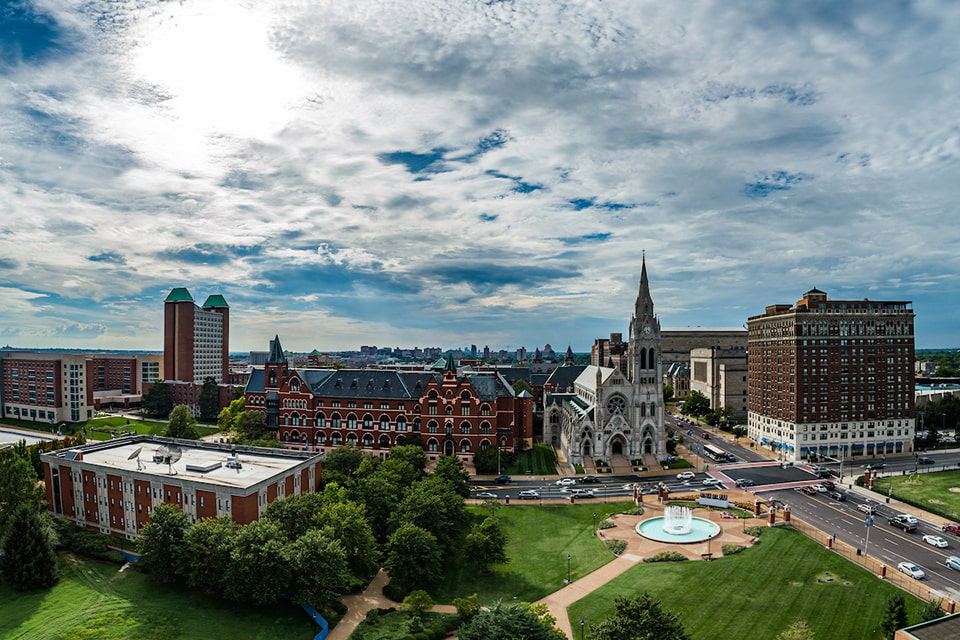 For the second straight year SLU was rated the No. 6 Catholic university in the country. Saint Louis University held the 7th spot in the 2020 rankings.

The assessments were based on student outcomes, which include debt burdens and graduate salaries; academic resources for students; student engagement; and environment.

In the rankings, SLU was ninth among Midwestern universities located in cities. SLU was the second-ranked university in the state of Missouri.

Overall SLU was ranked 113 out of more than 600 universities nationwide. The overall ranking marks a steady climb for the University. SLU was tied for No. 114 last year and ranked 121 in 2019.

Saint Louis University was also recognized recently as one of the nation’s best values in higher education by U.S. News and World Report.