St. Louis, MO (Nov. 7, 2022) — Abby Stylianou, Ph.D., assistant professor of computer science and a Fellow of both the Research Institute at Saint Louis University and the Taylor Geospatial Institute, was named a St. Louis Business Journal 40 Under 40 for 2022.

Stylianou began as a Fellow at the Research Institute in the fall of 2019 and was just named a Fellow of the SLU-led Taylor Geospatial Institute. 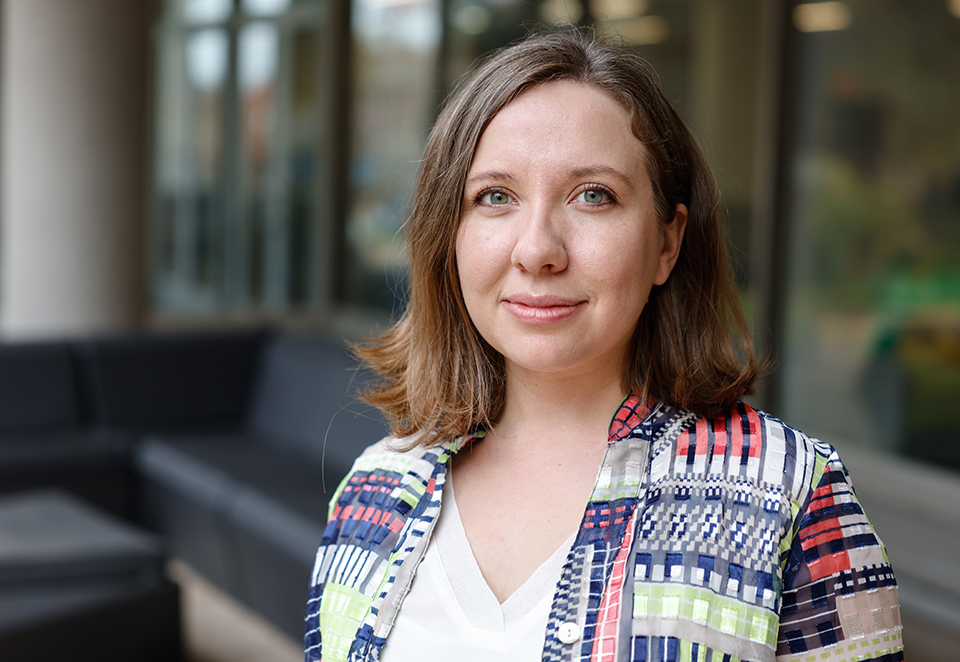 In recent years, Stylianou has leveraged her interest in image processing, deep learning, and citizen science to solve some of the world's most dire problems.

She has focused on developing tools to perform a hotel-specific image search to locate victims of human trafficking who have been photographed in hotels. This is accomplished through TraffickCam, a free mobile app she led the research and development in partnership with the Exchange Initiative.

The Exchange Initiative is a social action organization committed to combating the commercial sexual exploitation of children founded by St. Louis-based Nix Conference and Meeting Management.

The TraffickCam mobile app allows everyday travelers to snap photos of their hotel rooms. These images are then used to train an AI system that can recognize the hotel seen in a new image. TraffickCam is available to download on iOS and Android and has over 250,000 users worldwide.

The AI search system is currently deployed at the National Center for Missing and Exploited Children (NCMEC), which investigates cases of human trafficking in minors.

"For privacy reasons, we don't know the specifics about individual cases that NCMEC works on. But they have shared that they use the tool daily – and have used it successfully, locating where victims have been trafficked – in cases of human trafficking," she said.

Stylianou received a bachelor’s degree in environmental studies with a certificate in geoscience at Washington University in St. Louis. She was then hired as a research scientist at WashU where her work focused on tools for the calibration and validation of outdoor imagery.

Stylianou went on to receive her master’s and doctoral degrees in computer science.

In addition to building datasets and AI tools to combat human trafficking, Stylianou has been funded by the Department of Energy, the National Science Foundation, and the US Department of Agriculture for her research on building novel machine learning algorithms for plant phenotyping and crop breeding. She has recently been named one of fewer than two hundred 2022 Google Research Scholars for her project entitled "Using Deep Learning to Uncover Unknown Genotype x Phenotype Relationships in Crops."

The St. Louis Business Journal celebrated the 40 Under 40 honorees at a reception on Monday, Nov. 1.