ST. LOUIS — Though chemotherapy can be lifesaving, the cancer treatment often leaves patients suffering from debilitating side effects, including cognitive impairments in processing speed, memory, executive function and attention. Dubbed “chemo brain," these lingering symptoms can dramatically impact patients’ quality of life long after they have completed their cancer treatments.

Currently, there are no FDA-approved drugs to mitigate these deficits. 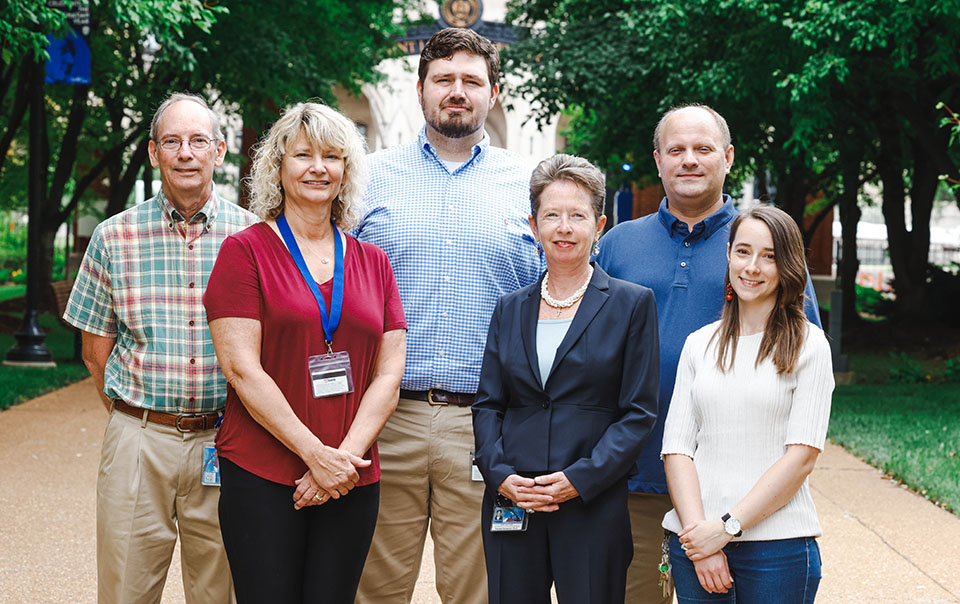 CRCI is a major neurotoxic side effect of chemotherapy, affecting more than 50% of patients treated with widely used chemotherapy drugs, including taxanes like Paclitaxel and platinum-based agents like Cisplatin. These drugs are widely used as part of standard treatment for numerous cancers, including head and neck, testicular, colon, breast, ovarian and non-small cell lung cancers.

When assessed by neuropsychological tests, up to 75% percent of patients treated with chemotherapy for cancers outside the nervous system reported cognitive deficits.

Salvemini, who is the William Beaumont professor of pharmacology and physiology and Chair of the department at Saint Louis University, says CRCI profoundly affects patient quality of life.

“Our current understanding of the mechanisms underlying CRCI and their impact on cognition is limited due to the multifactorial origins of CRCI,” said Salvemini, who is also director of the Henry and Amelia Nasrallah Center for Neuroscience at SLU and a fellow of the Saint Louis Academy of Science. “A better understanding of these mechanisms is essential for developing new therapies and improving survivors' quality of life.” 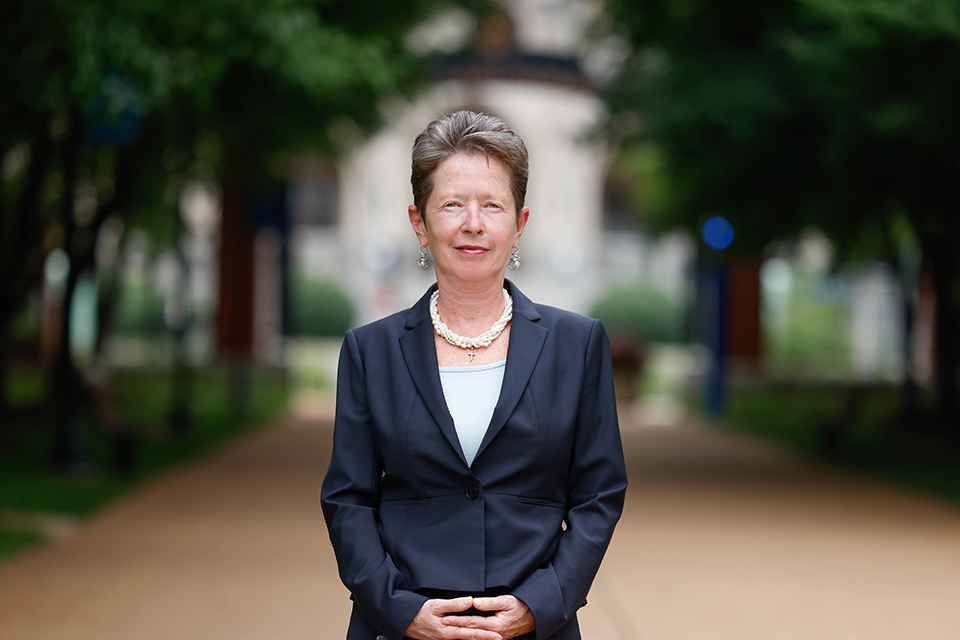 Daniela Salvemini, Ph.D., director of the Henry and Amelia Nasrallah Center for Neuroscience at SLU and a fellow of the Saint Louis Academy of Science. Photo by Sarah Conroy.

In her most recent paper, “Sphingosine-1-Phosphate Receptor 1 Activation in the Central Nervous System Drives Cisplatin-Induced Cognitive Impairments,” published Sept. 1, 2022, in the Journal of Clinical Investigation, Salvemini and her team present the first evidence that chemotherapy alters an important cellular pathway called sphingolipid metabolism in critical areas of the brain linked to cognitive function.

Salvemini notes that in the central nervous system, Cisplatin increases levels of the potent signaling molecule sphingosine-1-phosphate (S1P), which contributes to the development of CRCI through activation of S1P receptor subtype 1 (S1PR1) on astrocytes and S1PR1-driven mitochondrial dysfunction and neuroinflammatory processes. Mechanistically, she says the team revealed that cisplatin-induced S1P formation is mediated by the toll-like receptor 4.

Their findings bridge the gaps in understanding the molecular mechanisms underlying CRCI and identify a novel target for therapeutic intervention with functional S1PR1 antagonists. Importantly, S1PR1 antagonists do not interfere with the efficacy of chemotherapy as they and others have shown in previous work and can also block tumor cell growth, inflammation and metastasis.

“Our findings are fascinating since two functional S1PR1 antagonists are already FDA-approved for treating multiple sclerosis,” Salvemini said. “Repurposing these drugs to prevent CRCI would be a groundbreaking shift towards enhancing patient quality of life in cancer treatment.”

In previous studies, Salvemini pioneered research on a treatment for neuropathic pain that could provide the first alternative to ineffective steroids and addictive opioids. Work from Salvemini’s lab established that altered S1PR1 signaling in the central nervous system in response to chemotherapy also contributes to chemotherapy-induced neuropathic pain, another central neurotoxicity of cancer treatment. This work fueled two ongoing NCI clinical trials to test the potential use of Gilenya, a drug approved to treat multiple sclerosis, to prevent neuropathic pain in patients with breast cancer treated with Paclitaxel.

“Our work is very translational,” Salvemini said. “We try to understand the mechanisms at the molecular level, identify the targets, work with our chemists to make new drugs to target that specific pathway, test it, and then take the necessary steps to move along this compound until it is ready to be studied in a clinical trial.”

This study was funded in part by the Department of Defense BCRP Program Award W81XWH-20-10434, NIH/NCI RO1CA230512, and Saint Louis University startup funds.

As a pioneering leader in the field, the Center advances neuroscience research, education, clinical care and outreach activities across Saint Louis University and the broader St. Louis community, advancing SLU researchers' discoveries in the field of neuroscience that will have a major impact in patient care and in society.