Saint Louis University’s Chess team finished fourth in the nation, competing with the nation’s collegiate chess elite at the Final Four of College Chess over the Easter weekend in New York City. 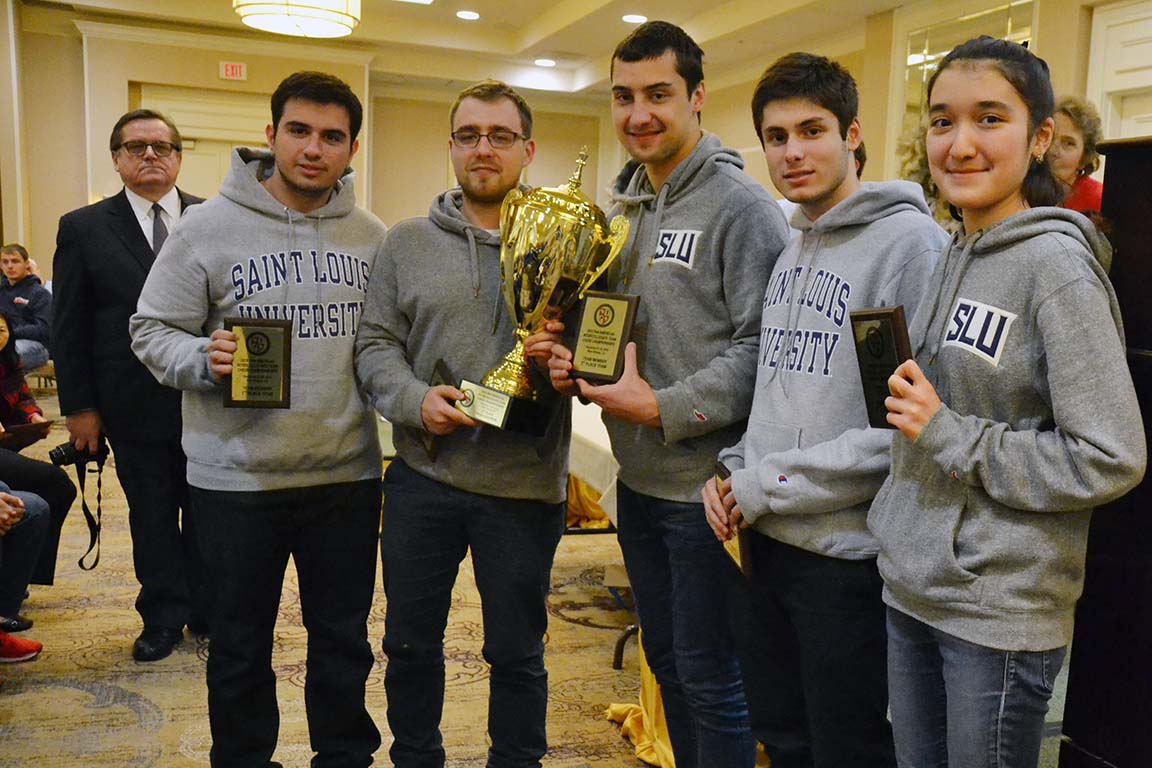 The tournament began on Friday, March 30, at the historic Marshall Chess Club, and the University of Texas-Rio Grande eventually took home the tourney’s top honors.

The tournament was another key match in a year of strong performances in both the individual and team settings. Two players, alumnus Alexander Ipatov and junior Dariusz Swiercz, now both sit in the top-100 players in the world.

The team has garnered significant national attention. Freshman grandmaster Dorsa Derakhshani, grabbed headlines around the world, not only for her play, but also for her decision to play internationally without wearing the hijab, a requirement in her native Iran. She went on to write about her experience in a column published by the New York Times.