Saint Louis University’s Jesuit and Catholic identity and mission priorities have been affirmed by the Society of Jesus. 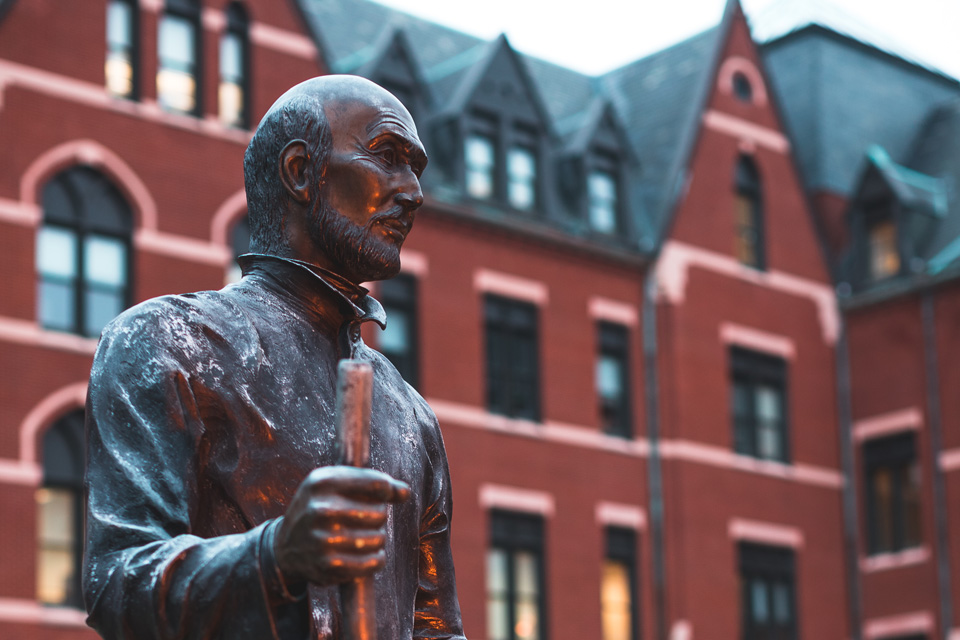 University President Fred P. Pestello, Ph.D., announced the decision in a message to the campus community on Wednesday, Sept. 18.

In a letter of leaders of the Central and Southern Province of Jesuits and to the University earlier this month, Arturo Sosa, S.J., superior general of the Society of Jesus, officially concluded the University’s Mission Priority Examen process.

The Examen is an internal reflection and peer-review process for reaffirming the Jesuit, Catholic mission priorities of U.S. Jesuit colleges and universities: education.

After a visit in February 2019, the Peer Visitor Committee recommended that the Society of Jesus should reaffirm Saint Louis University as a Jesuit and Catholic institution of higher education.

Learn More about the Examen Process

In his official statement, Sosa commended the SLU community for its engagement throughout the Examen, and noted that the clarity of SLU’s priorities and, “excellent foundation on which to build.”

“Saint Louis University is well placed to continue its discernment process, prioritizing and effecting the changes you note,” Sosa wrote to University and Jesuit leaders.

The affirmation and SLU’s commitment to its Jesuit and Catholic identity was also praised by Ronald A. Mercier, S.J., provincial of the Central and Southern Province of the Society of Jesus.

“In sum, Saint Louis University has shown through this Mission Priorities Examen how well it functions as a Jesuit and Catholic school. While you have areas in which to grow, you do so from a position of strength,” Mercier wrote.