SLU to Celebrate Feast of St. Ignatius on Aug. 1

The Office of Mission and Identity will celebrate the Feast of St. Ignatius of Loyola on Sunday, Aug. 1, with a Mass at St. Francis Xavier College Church. 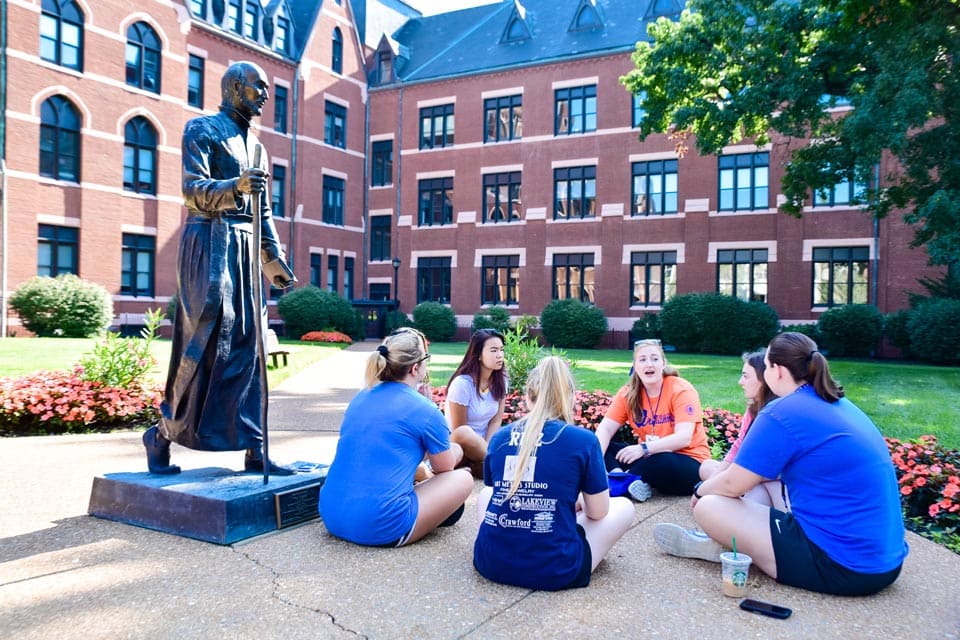 Ignatius of Loyola, a Spanish noble, veteran and mystic, founded the Society of Jesus, and with it, an international network of educational institutions and missions. SLU photo

SLU’s celebration of the day honoring the founder of the Society of Jesus will be held on the Sunday following the July 31 feast day.

“In partnership with the College Church, we have received permission from the Archbishop to celebrate the Feast of St. Ignatius, using the prayers and scripture readings of the feast day Mass, on Sunday, Aug. 1, at the 10:30 a.m. Mass,” said David Suwalsky, S.J., SLU’s vice president for mission and identity. “Father Provincial Tom Greene, S.J. will be the celebrant and homilist for the Mass and area Jesuits have been invited to concelebrate.”

Greene was named provincial of the Jesuits USA Central and Southern (UCS) Province in 2019 and assumed his duties one year ago on July 31, 2020.

St. Ignatius of Loyola was the spiritual master who founded the Society of Jesus (the Jesuits) in the 16th Century. His spiritual vision has inspired the Jesuits to found a worldwide network of educational institutions and other ministries. For questions or more information, contact jesuitmission@slu.edu.