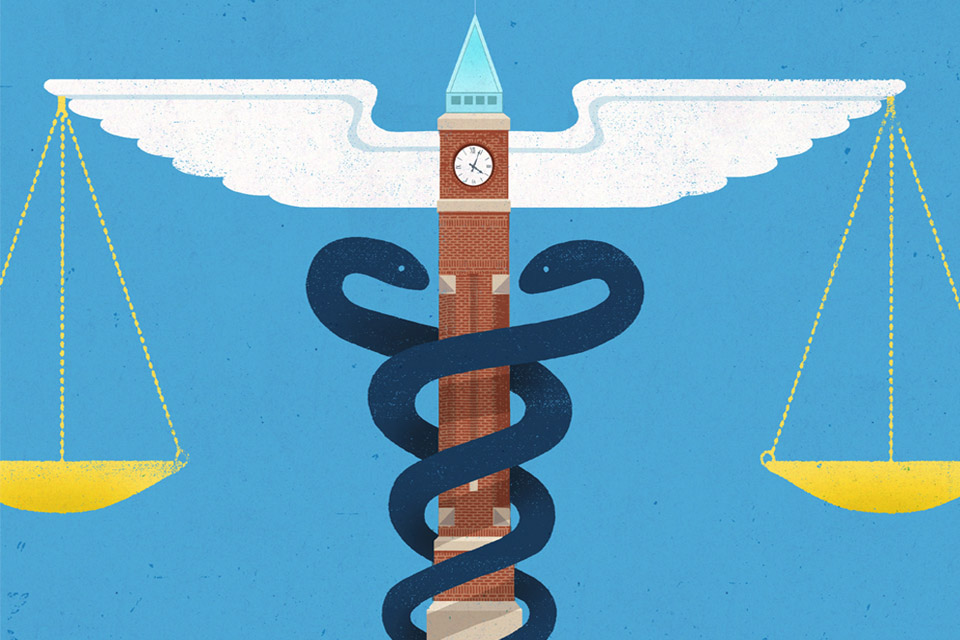 Long before “Obamacare” became a buzzword, when nurses were plentiful and vaccines were notable for their creation and not up for debate, four colleagues from Saint Louis University School of Law met for drinks at a bar near campus. It was 1981, 15 years after the Social Security Act Amendments created Medicare and Medicaid, the latter of which was just being implemented across all 50 states. Law professors Jesse Goldner, Sandra Johnson, Nic Terry and Mike Wolff did not set out to stake a claim in an entirely new legal field — but in fact, that was just what they did.

With a few scribbles on a now legendary cocktail napkin, the professors created the Saint Louis University School of Law Center for Health Law Studies and set out to define the field of health law. 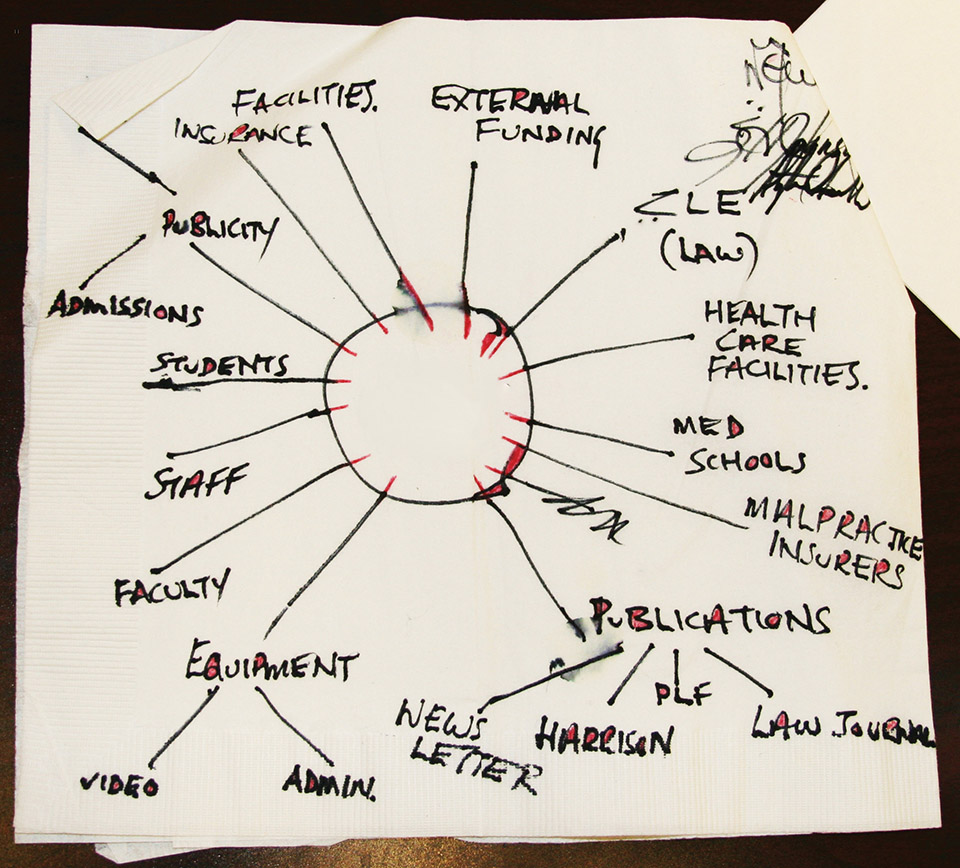 Now in its fourth decade, the Center for Health Law Studies has been ranked a top program nationally since U.S. News & World Report started ranking the specialty, taking the top spot for 15 of the last 16 years and outranking programs at Harvard Law, Boston University and Yale. Each year approximately a quarter of SLU’s incoming law students choose the school because of the center’s national reputation.

“With the steadfast support of our dean, Rudy Hasl, we got in just as that field was building, and we were on the earlier side of entry,” said Sandra Johnson (A&S ’73), professor emerita of the School of Law. “We had some foresight and vision. We had some building blocks in place.” 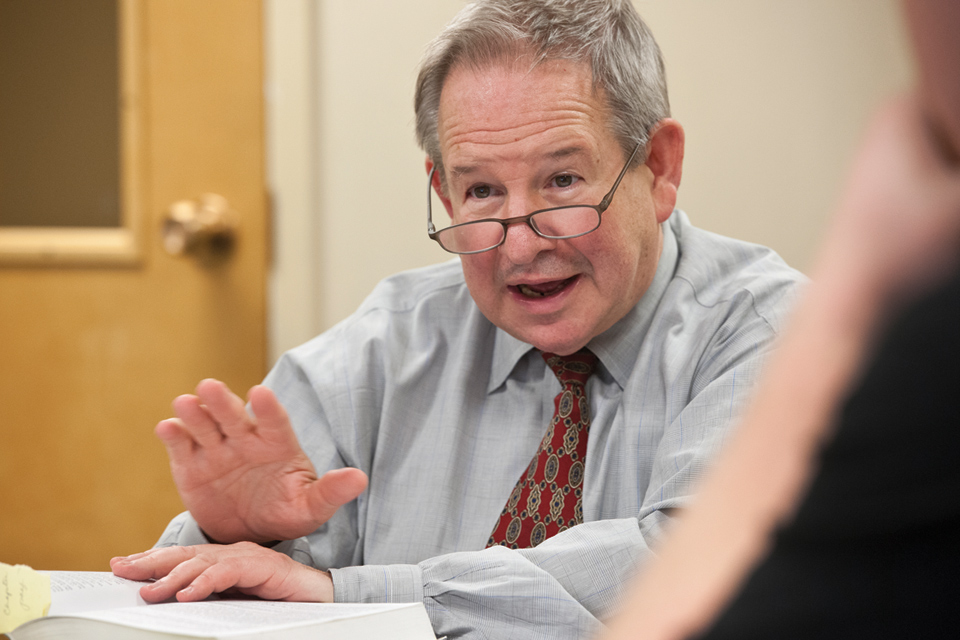 Among those building blocks was Wolff ’s nascent health law course, taught out of a binder he had put together, and Goldner’s joint appointment with Saint Louis University School of Medicine, where he offered a course on law and psychiatry.

Prior to the center’s creation, health law was commonly thought of in terms of medical malpractice. It is now known as the wide body of law that regulates the provision of health care services and governs the relationship between those who provide health care and those who receive it. School of Law faculty soon realized that health law touched upon many areas of practice, and created the curriculum with that in mind.

“We had a bunch of people on the faculty who all had different interests related to what is now thought of as health law,” said Goldner, the John D. Valentine Professor of Law Emeritus. “Sandy with elder law, Mike with an interest in pediatrics and myself with psychiatry. Together we had the beginnings of a center. We had just never thought about it as a program.”

The sustained success of the Center for Health Law Studies can be attributed to many things, but a thoughtful approach to partnerships in academia, the legal community and community health organizations created a foundation for progress.

“We had a strategy of partnering with leading organizations early on,” Johnson said. “We proposed to NHLA that we become a depository library, that we co-sponsor a program — anything to build relationships nationally is what we did. That strategy allowed to us to build long-lasting partnerships.”

It was through the relationship with ASLME that the Health Law Scholars Workshop was born. A pinnacle program of the center, the workshop is a collegial forum in which faculty from around the country who are new to health law and bioethics present works-in-progress and receive advice from experienced scholars and teachers in the field. 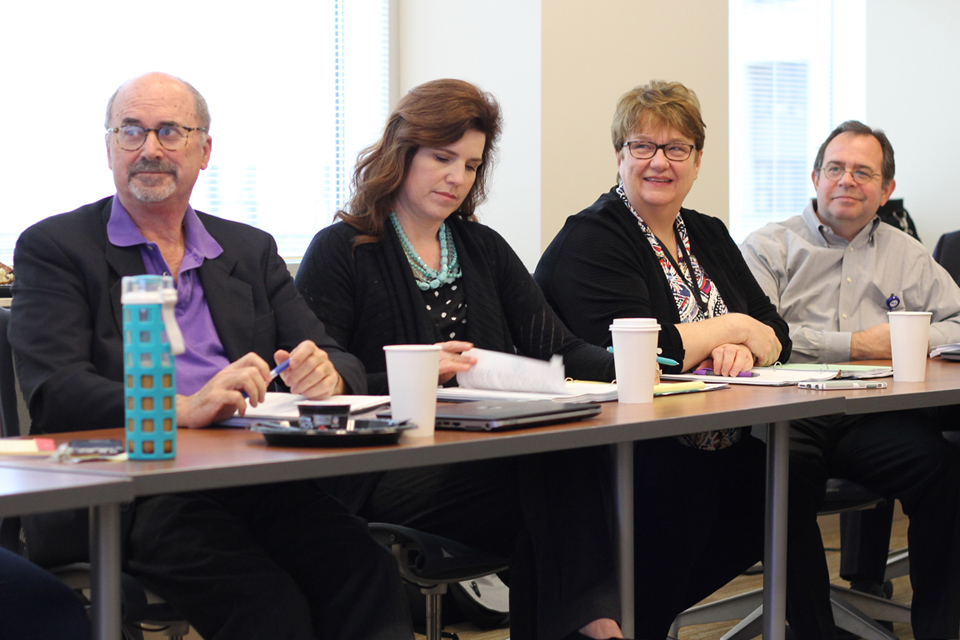 From left: Greaney, Pendo, Johnson and Gatter at the 2016 Health Law Scholars Weekend

One of the scholars to present at the first Health Law Scholars Workshop was Rob Gatter, now the center’s director and a SLU law professor.

“That Health Law Scholars Workshop was the most formative professional weekend of my life,” Gatter said. “I thought, now I know what I am doing, now I know how to do it. Now I have all of these contacts, and those contacts can back me up.”

The workshop quickly became a hallmark of the program that prides itself on mentorship and collegiality across the entire health law field.

“SLU set the tone,” said Malcolm Harkins (Law ’76), former partner at Proskauer in Washington, D.C., and adjunct professor at SLU law school. “It has always amazed me how willing someone like Sandy Johnson was to help other schools while they were developing their health law curriculum.”

“We look to St. Louis as the iconic model of health law,” said Sara Rosenbaum, the Harold and Jane Hirsh Professor of Health Law and Policy at the Milken Institute School of Public Health at George Washington University. Rosenbaum spoke at the 2019 Health Law Symposium that focused on Medicaid. “The size of the audience [here] is an indication of how much this program means to people who care about health law.”

From the beginning, the founding professors created a student-centric mission that permeated the center and continues to influence the programming.

Just a year after center began, the Health Law Student Association was inaugurated. It is now one of the School of Law’s largest student organizations and boasts a plethora of programming designed to give members a chance to participate in discussions with esteemed professionals in the health law community and gain insight into potential career fields.

In addition, current students have the opportunity to participate in the Saint Louis University Journal of Health Law & Policy, which started in 2007. The journal is published twice a year by the center and a student editorial board. The journal provides in-depth analysis of topical and developing issues in health law and policy. One issue each year is devoted to the publication of the proceedings of the center’s annual symposium, which is now in its 31st year.

Believing that a high degree of engagement with health law practice and the health care delivery system would lead to better teaching, better scholarship and more opportunities for students, the center formed a health law alumni network. It is now more than 1,300 strong and spans across the country with alumni in heavy-hitting positions, influencing policy and making changes.

“Our graduates are all over the place — policy-making positions, public interest positions, law firms,” Johnson said. “They always have been in the best places, and they have great influence. So I think the long-term impact has been on the students.”

Asha Natarajan (Grad PH, Law ’12) is an associate in New York City at DLA Piper, one of the nation’s largest and most elite firms. She works on a range of health care and FDA regulatory matters, and she credits her success to her education.

“We had an entire class on the Stark Law and the Anti-Kickback Statute, where we just picked apart those two statutes and implementing regulations for an entire semester and learned why it makes health care business just so much more high risk,” Natarajan said. “It was unbelievable to have that working knowledge going into
practice.”

That kind of preparation is noted by employers and alumni in high-profile positions across the country.
“When I see our alums, I know that they have been trained well,” said Christine (Kocot) McCoy (Law ’94), executive vice president and general counsel at Ascension health system. “They have that foundation and that understanding.”

Another element of the center’s success is the recognition that educational experiences in health law must exist both in and out of the classroom. Capitalizing on the strong alumni network and critical mass of health-related federal agencies in the nation’s capital, the Health Law Semester in Washington, D.C., began in 2011.

Students are placed in a federal agency on a nearly full-time basis for a semester and enrolled in a complementary two-credit course, “Health Law Agency Practice.” The program also provides an additional layer of professional and career support by matching each student in the program with a D.C.-based mentor. Mentors are selected from the SLU law school alumni in the area.

Harkins, a longtime champion of the D.C. program, teaches the course and often assists with the placement of students. He finds the alumni network helps a lot, but he notes it is the law students who make the difference.

“Our students are so well trained by our faculty,” Harkins said. “Even though they don’t know it, when they first get there they are heads-and-shoulders above the other interns.”

High praise of the center’s faculty is a common theme among practicing lawyers and alumni alike. And the praise is not unwarranted. The center’s faculty literally wrote the book on health law. Johnson was part of the first team to co-author Health Law: Cases, Materials & Problems, the casebook that helped define health law as a specialty. The book has been cited by the U.S. Supreme Court and a host of other courts, and is now in its eighth edition. Thomas “Tim” Greaney, the Chester A. Myers Professor of Law Emeritus and former co-director of the center, was a longtime co-author of the book, which is now additionally authored by Gatter and Elizabeth Pendo, along with six others in the field.

Beyond the casebook, the faculty is approachable, thoughtful and generous with their time and knowledge.

“The faculty are great,” said Lauren Pair (Law ’19). “The open-door policy has been a huge help to me. To be able to talk to professors about career advice or personal advice makes a big difference.” 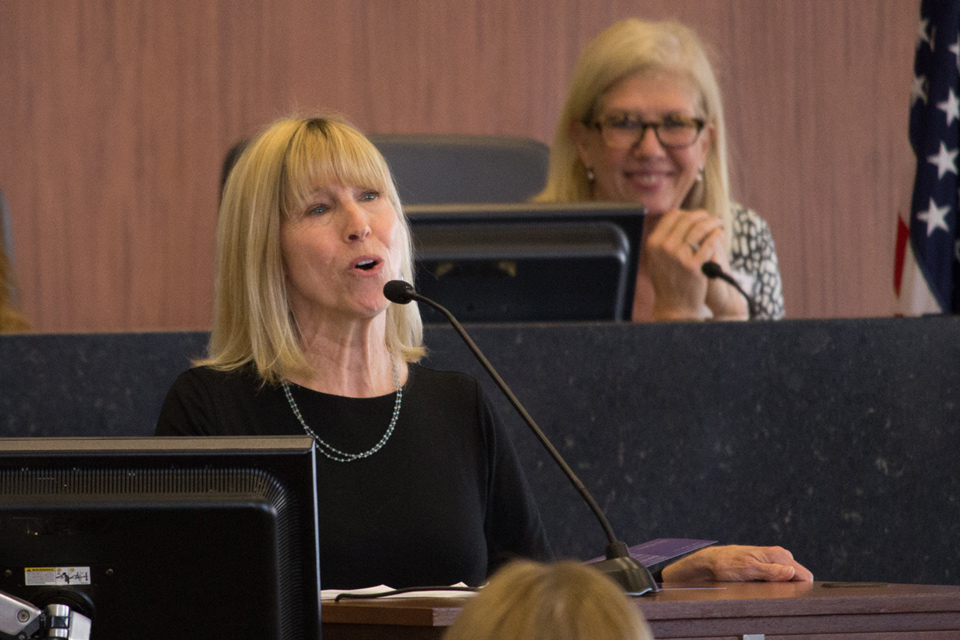 Watson speaks at the 2018 Health Law Symposium: Public Health Law in the Era of Alternative Facts, Isolationism and the One Percent.

Taking a fresh approach to the University’s mission of educating the whole person, the center’s faculty members incorporate students in their scholarship and work to move the needle on important health issues. Sidney D. Watson, the Jane and Bruce Robert Professor of Law, teaches a popular course on grassroots advocacy where students research and advocate proposed state legislation involving access to health care.

“Faculty use their scholarship to bring light to regional issues,” said Amy Sanders (Law ’03), associate director of the center. “They have the ability to toggle between the big and small picture, and that makes them very successful in the field.”

In January, Watson and her colleague Ruqaiijah Yearby received a prestigious grant from the Robert Wood Johnson Family Foundation Policies for Action program to evaluate the effects of racial equity and social justice initiatives on policy nationwide. They are joined by a team of scholars from across the University, highlighting once again the collaborative approach that makes the center successful.

By all accounts, what started modestly has become a national powerhouse of health law scholarship, student leadership and policy-making alumni. The mission is at the heart of it all.

“When I am not the director, I will be so proud that, though many of the originals won’t be around, without a hitch we have been able to offer the same rigor, the same or more opportunities without losing that sense of what SLU is,” Gatter said. “I don’t see the center as something different from the law school. I just see it as a place where the mission is lived out.”