Saint Louis University's history of educational excellence goes back more than 200 years. As the first university in the American West, we are proud of our home in St. Louis and of our Catholic, Jesuit mission.

Our origins are humble. In November 1818, classes were offered to “young gentlemen” in a few rooms rented by newly arrived Bishop Louis DuBourg. Vincentian seminarians were studying theology nearby. A few years later, the Jesuits of the Missouri Mission began to run the school. And the rest, as they say, is history.

SLU was the nation's first federally certified flight school, established the first law and medical schools in the American West and conducted the first human heart transplant in Missouri.

Saint Louis University  kicked off the celebration of its 200-year anniversary with a Mass under St. Louis’ Gateway Arch Sept. 23, 2017 that was attended by nearly 6,000 people.

SLU’s bicentennial celebrations included a service challenge that collected more than 1.75 million volunteer hours, dozens of special events and the creation of a community-painted mural on Lindell Boulevard.

As we embark on our third century, much excitement lies ahead, and you won’t want to miss it."

The University’s year of celebrations also included symposia, grants to spark collaborations to better the world through its 1818 Community Engagement Grant program, support for scholars under its Bicentennial Fellows program, and new markers honoring SLU’s history enshrined on campus. 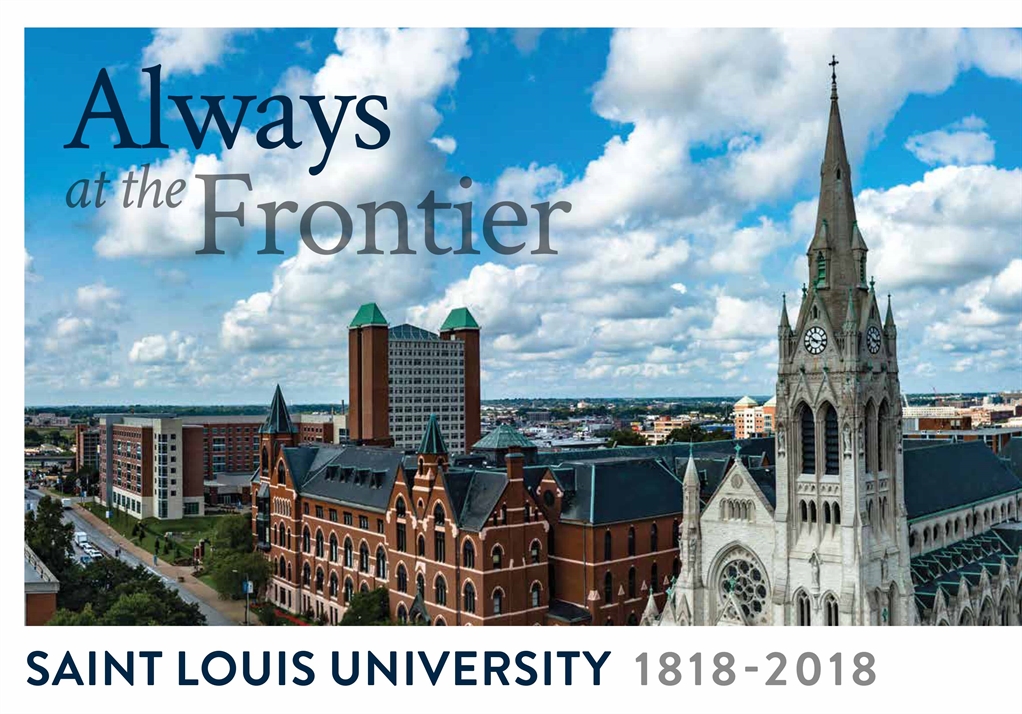 Always at the Frontier: Saint Louis University 1818-2018 explores 200 years of SLU history. Written in honor of the University's bicentennial in 2018, the  200-plus page book can be ordered online.