Lawrence Biondi, S.J., served as President of Saint Louis University from 1987 to 2013, making him the longest serving president in University history. He currently serves as SLU’s president emeritus and trustee emeritus. 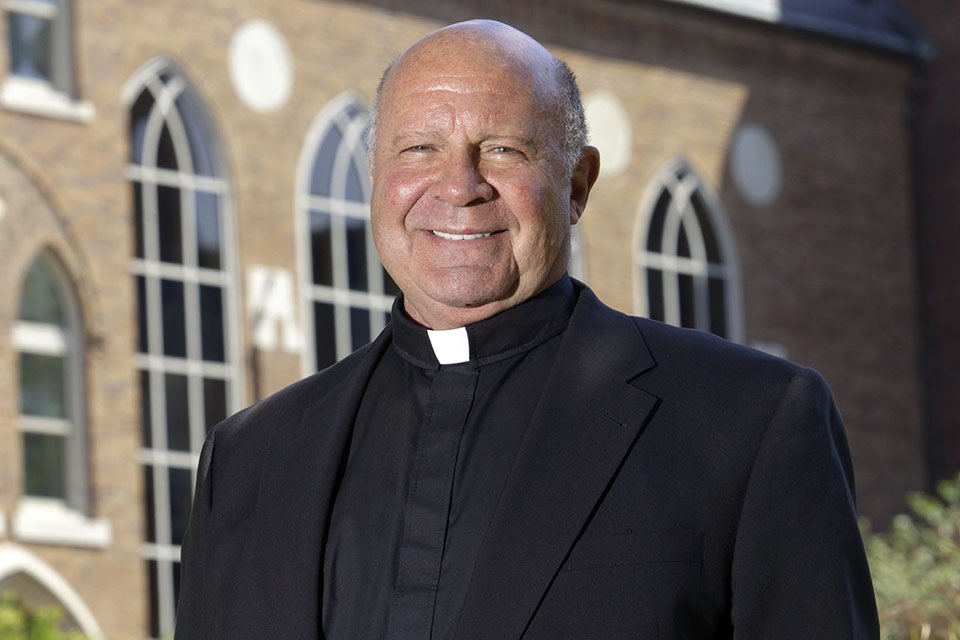 Father Biondi was appointed president of the University in 1987. He came to SLU from Loyola University Chicago, where he had served as dean of the College of Arts and Sciences since 1980.

During his tenure as president of SLU, the University underwent a physical, financial and academic transformation that led to SLU being regarded nationally as one of the nation’s finest Catholic universities. He also is known as a key driver in the growth and prosperity of Midtown St. Louis. Fr. Biondi committed vast University resources to academics, student scholarships and financial aid, faculty research and state-of-the-art technology.

Upon leaving office in 2013, Fr. Biondi was named President Emeritus and Trustee Emeritus by the University’s Board of Trustees. He currently serves in the Jesuits USA Midwest Province in Chicago.

I hope part of my legacy is that I led our SLU team to acknowledge and accept that we are a vibrant, vital academic institution with a distinctive Catholic and Jesuit mission. And that I saw how great SLU could be — and I did everything to ensure that SLU achieved its full potential.”