Prior to using these logos, familiarize yourself with Saint Louis University's logo guidelines.

Saint Louis University logo marks are copyrighted. Use of these logos is restricted to the Saint Louis University community. If you have questions about the logos or need to inquire about special permission to use SLU's marks off campus or by non-SLU entities, contact Matt Krob, director of design services, at 314-977-2542 or matt.krob@slu.edu.

This stacked logo option without the year is to be used only when the mark needs to run in a space smaller than .75” or 75 pixels wide. Clearspace considerations (two crown heights on all sides) and other logo usage requirements should be maintained when using this logo.

The Billiken logo comes in two variations, one with and one without a white outline incorporated into the design. The outlined version is meant for those instances where the Billiken logo needs to sit against dark colored backgrounds. 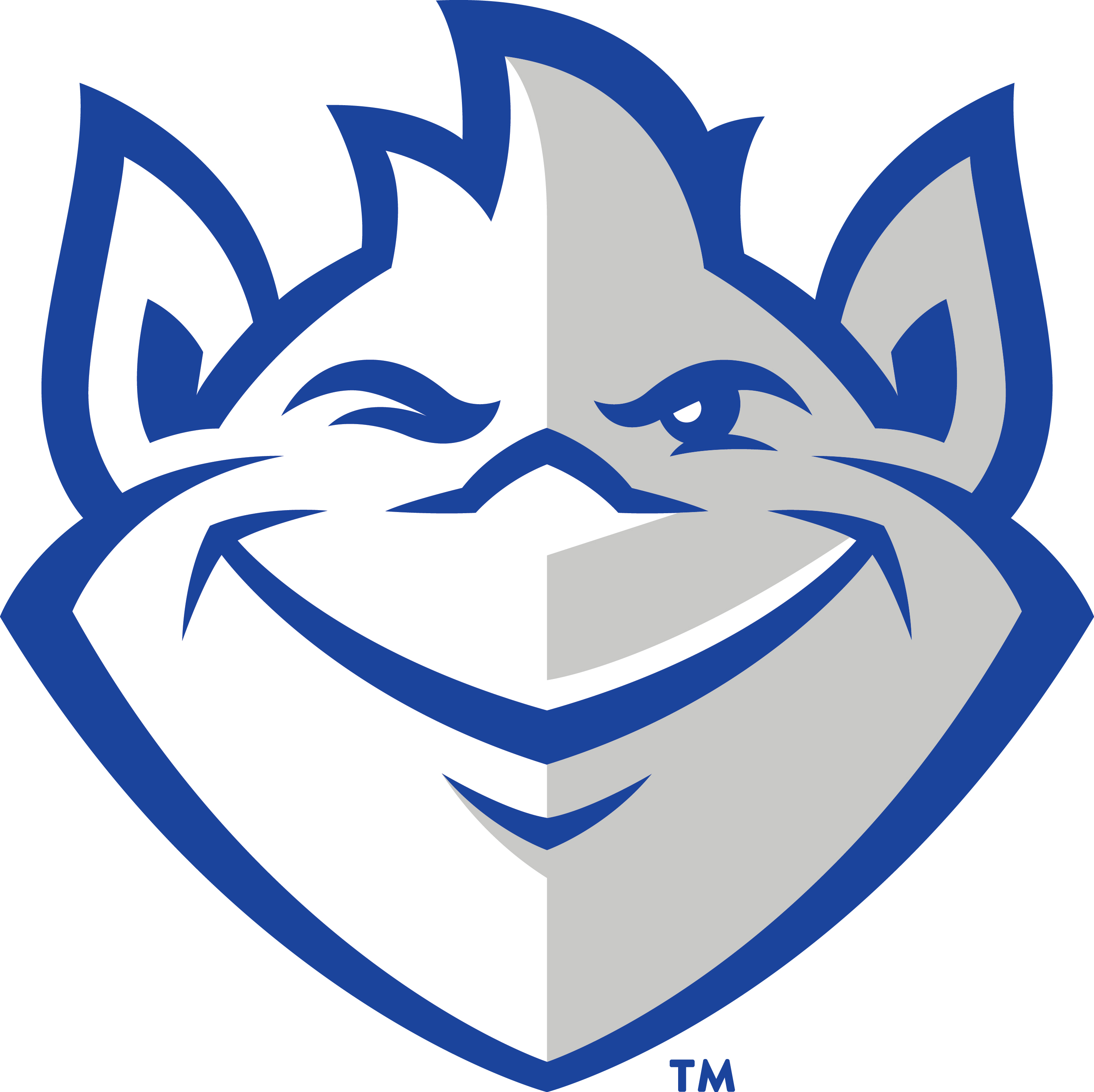 Unsure about which type of file to download for your logo use? Find an in-depth explanation of the different file types available for download below.

Use: Printing
For offset printing only. Ideal for stationery. Often used in one or two-color jobs. Also used as spot colors on premium brochures in addition to four-color process.

PMS colors (also called Pantone® colors) are patented, standardized color inks made by the Pantone company. Pantone has been around for more than 50 years and is responsible for the creation of the first comprehensive standardized system of creating and matching colors in the graphic community. They literally wrote the book on it.

Each of the 1,755 solid PMS colors in their Formula Guide is a Pantone proprietary blend and is sold to printers either premixed or as a formula that printers mix on their premises.

Designers use the color swatches produced exclusively by Pantone to pick the colors, and printers refer to the same swatches. This ensures everyone works to the exact same PMS color no matter where they are.

This standardization means most businesses and organizations use PMS colors for their branding, especially logos, to ensure the strictest color consistency across different print products and across the globe.

PMS files provided in an .eps format. EPS is a file extension for a graphics file format used in vector-based images in Adobe Illustrator. EPS stands for Encapsulated PostScript. An EPS file can contain text as well as graphics. It also usually contains a bitmap version of the image for simpler viewing rather than the vector instructions to draw the image.

EPS files may not be easily opened by those without the right applications. However most common applications (Microsoft Word, for example) can import .eps files. This is also the file format most professional print vendors will request.

Use: Printing
Use in offset and digital printing. Ideal for full-color brochures, flyers, posters and postcards, etc.

Whereas a Pantone ink is one solid color throughout, a CMYK color is not. When you look at a CMYK printed piece through a magnifying glass, you can see a pattern of CMYK dots and how they overlap to make the final color.

If you magnify our three CMYK colors, you can see how the dots form the overall color. The cyan, magenta, yellow and black inks absorb colored light, which is why CMYK is a “subtractive” color model.

The Portable Document Format (PDF) is a file format developed by Adobe in the 1990s to present documents, including text formatting and images, in a manner independent of application software, hardware and operating systems. Based on the PostScript language, each PDF file encapsulates a complete description of a fixed-layout flat document, including the text, fonts, vector graphics, raster images and other information needed to display it.

Use: Digital
The most commonly used color profile in the world of computers, TV screens and mobile devices is RGB. RGB is the process by which colors are rendered on screen by using combinations of red, green and blue.

You often hear of people who design something on screen in RGB and then get disappointed when the finished printed piece is less vibrant. RGB colors appear vibrant because they are illuminated and there is a larger range in color gamut than what you’d get on the printed page.

Portable Network Graphics (PNG) is a raster-graphics file-format that supports lossless data compression. PNGs also feature the ability to contain a transparent background, which is handy when placing graphics over other images.