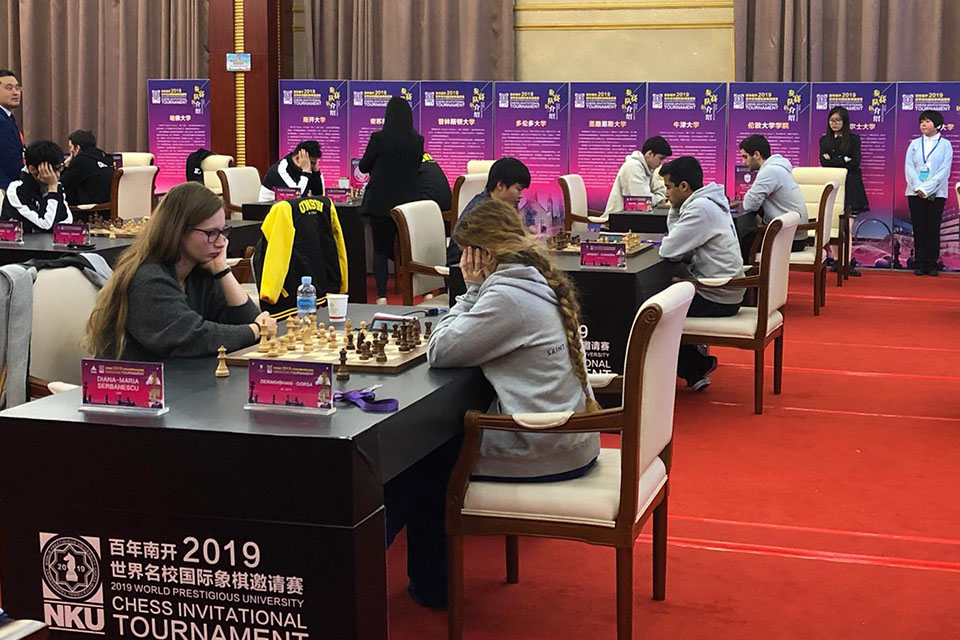 Held in Tianjin, China in honor of the 100th anniversary of the founding of Nankai University,  the tournament consisted of 12 teams across the globe playing a total of 11 games.

Head coach Alejandro Ramirez said he was very proud of the team’s performance in the tournament.

"It was a good opportunity to measure our level against universities around the world," Ramirez said. "And clearly we did very well."

The performance follows wins at the Midwest Collegiate Chess and Blitz Championship in October and the National Game in 30 Championship in July, as well as high finishes in the Paleochora International Tournament in Greece, and strong showings over the summer at tournaments in Turkey.

Since its founding in 2015, SLU’s Chess Team has become a nationally-known team, and it is considered one of the most competitive collegiate chess teams in the country. The team's next focus will be to win the 2019 Pan-American Intercollegiate Chess Championships in Charlotte, North Carolina, at the end of December.