Saint Louis University’s chess team will face off against the best teams in the nation, competing for collegiate chess’s top honors as part of the Final Four of Collegiate Chess tournament. The tournament begins on Friday, March 30, in New York City, and runs through the weekend. 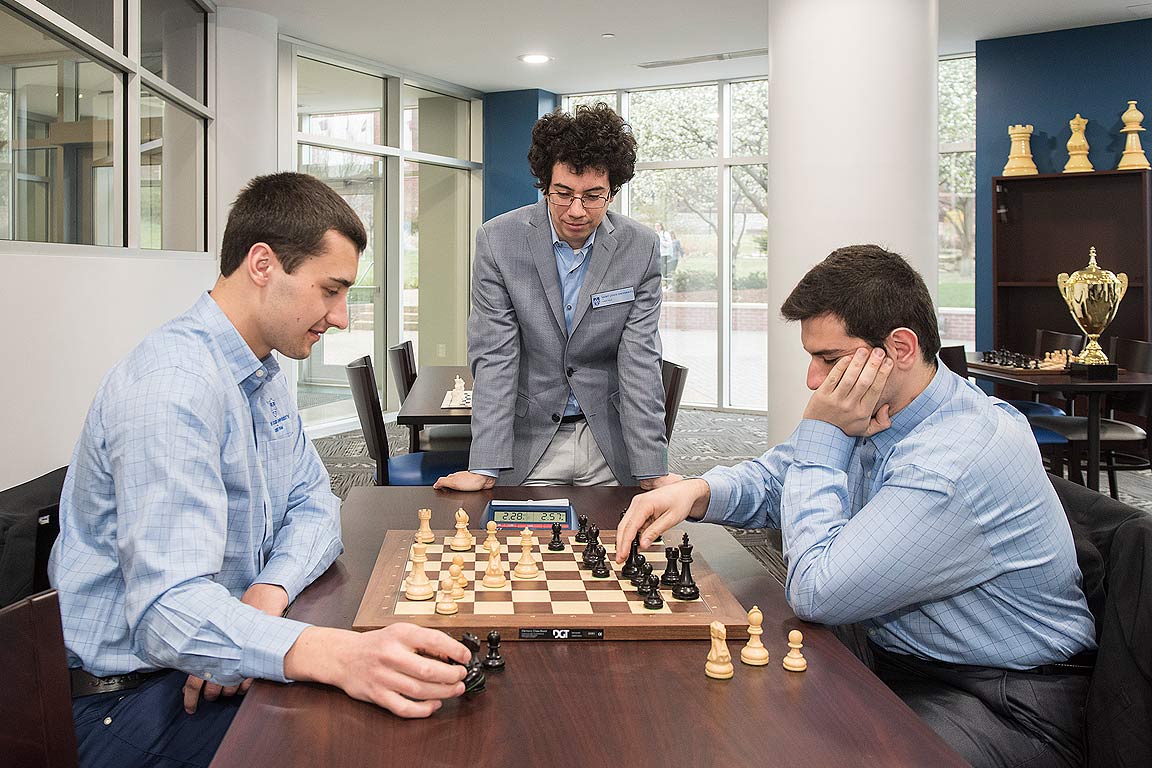 SLU's chess team has racked up wins, profiles and national attention in its 2017-2018 play to date. Photo by Steve Dolan

As coach Alejandro Ramirez notes, SLU will face still competition but is prepared after weeks of intensive training.

“All four teams will be bringing full grandmaster level squads to the event,” Ramirez said. “These players are from all over the world and are extremely strong. This is the ultimate test for our team. Despite being such a short event, it will be culmination of many months of preparation and study for all four teams. Mental fortitude will be invaluable, and regardless of the outcome, I hope we can come out of New York proud of how we played.”

SLU’s team has racked up a number of strong performances this year, in both the individual and team settings. The team qualified for the Final Four in December 2017 by finishing second in the Pan-American Intercollegiate College Chess Tournament in Columbus, Ohio. SLU’s squad has also focused heavily on honing both their academic and chess skills. Two players, alumnus Alexander Ipatov and junior Dariusz Swiercz, now both sit in the top-100 players in the world. 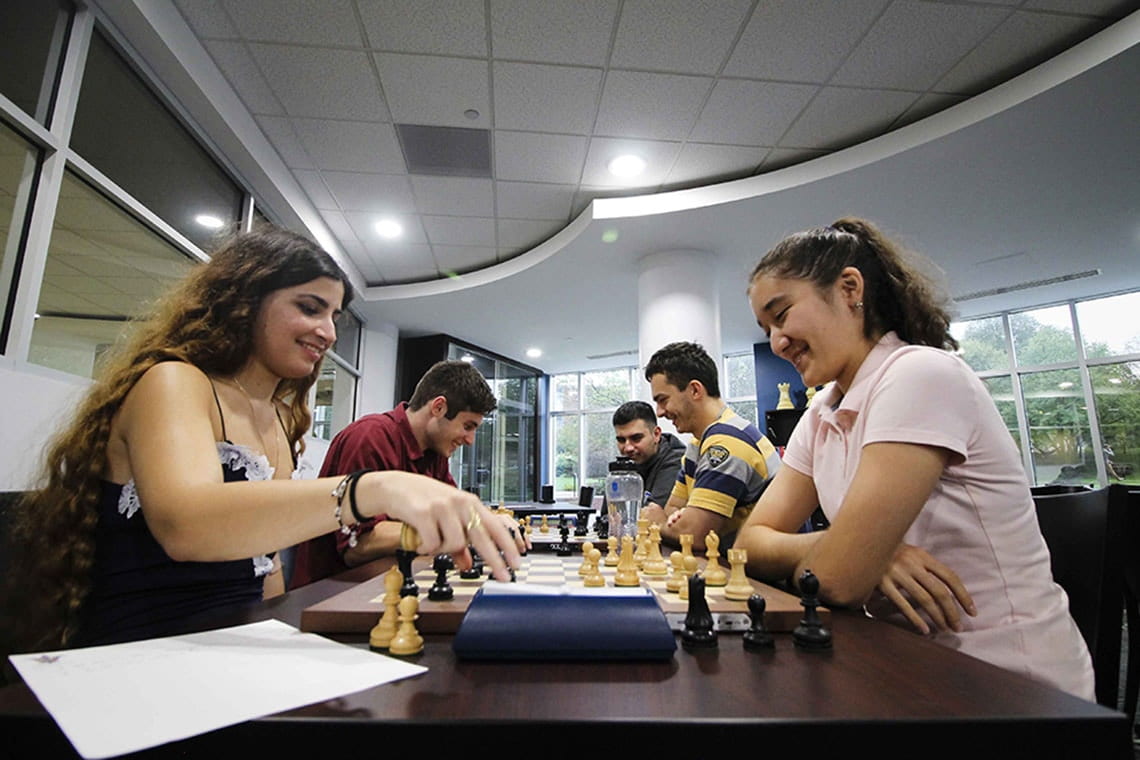 The team has been preparing for the Final Four with individual practice sessions and team meetings, as well as by playing in local tournaments. Photo by Steve Dolan

Meanwhile, freshman grandmaster Dorsa Derakhshani, grabbed headlines around the world, not only for her play, but also for her decision to play internationally without wearing the hijab, a requirement in her native Iran. She went on to write about her experience in a column published by the New York Times.

SLU’s team was also featured prominently in the March 2018 issue of Chess Life, the most-read chess magazine in the world.

This week’s tournament is a single round robin event with four-on-four play. Every point counts and the team with the most points at the end of the event wins. SLU will open the Final Four against the University of Texas-Rio Grande before moving on to play Texas Tech. They will wrap up on Sunday, April 1, against Webster University.

The tournament is being held at the historic Marshall Chess Club, one of the oldest clubs in the nation.

Going into the tournament, Ramirez emphasized his team’s training and the specific preparation that each of his players has undertaken.

“The players have kept pretty active, playing fast chess against each other,” he said, noting the team’s strong performance throughout the year. “Our performance at the Pan-Americans in Columbus was very strong, leaving little doubt that we can compete with any team and we can realistically win the whole thing.”