Saint Louis University chess player Benjamin Bok ranks as one of the world’s leading chess players. The sophomore finance major recently took to the board to match wits against European champions and chess Olympians at the 2019 FIDE Chess World Cup in Khanty-Mansiysk in the Russian Federation. 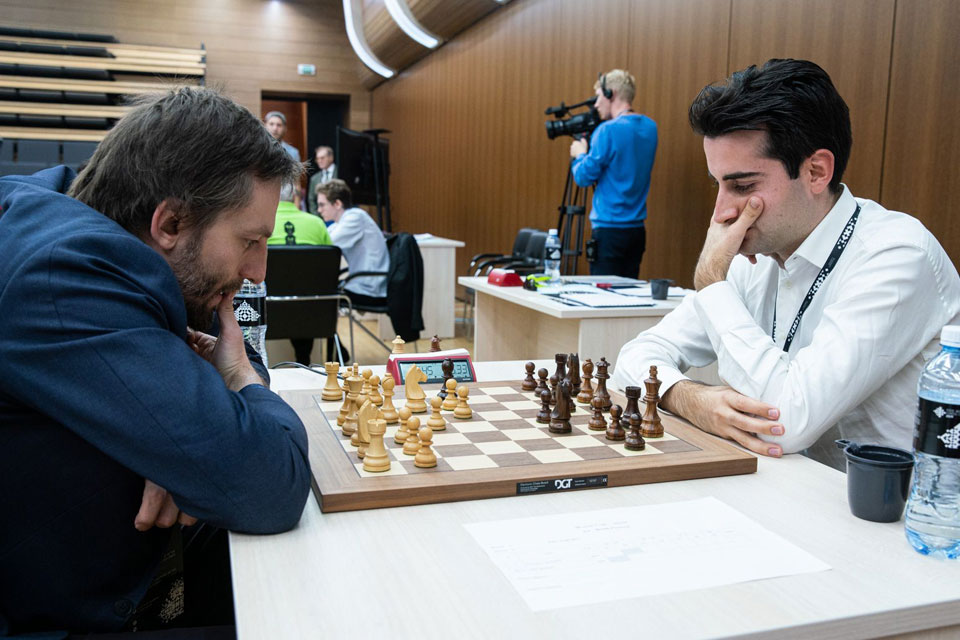 Bok defeated Ivan Saric, 2018 European Champion and world-ranked no. 76, in the tournament's first round.

Despite losing in a close game to Alexander Grischuk, the chess grandmaster currently ranked 13th in the world, Bok scored the best result of his chess career to date, reaching the tournament’s second round and ranking in the top 64 players at the World Cup.

The mental challenges of matching wits with the world’s top players were the only hurdles Bok tackled at the World Cup tournament. The trip to Khanty-Mansiysk included 40 hours of travel and a 10-hour jetlag adjustment.

The tournament was a single-elimination, high stakes event broadcast worldwide in seven languages to thousands of homes. The World Cup takes place every two years and is one of the most prestigious tournaments in the chess world.

“The tournament challenged me as a chess player as I was testing myself at the highest level,” Bok said. “The single-elimination format of the tournament and its high stakes brings a lot of additional pressure as you realize that one mistake can be the last one.”

Bok returns from Russia with experience he hopes to share with team members on SLU’s nationally-tipped Chess Team. The team’s members spent the summer competing internationally. Members include internationally-ranked grandmasters and members of chess Olympic teams.

The team’s members also excel academically and personally. SLU grandmaster Cemil Can Ali Marandi, for one, recently competed in an engineering Global Grand Challenge co-hosted by the the U.S., British and Chinese national engineering academies in London.

Bok’s teammate, junior Dorsa Derakhshani gave a TedxTalk in Germany over the summer, and her commitment to playing chess in defiance of a ban by Iranian chess authorities has made international headlines.

The achievements have been possible, Bok said, due to the support he and his fellow team members have found at SLU, from friendships to memberships in groups like Alpha Delta Gamma, to mentoring by Coach Alejandro Ramirez.

“Playing chess at a high level while studying at the same time is very hard, but I am working as hard as I can to achieve the most I can in both areas,” Bok explained. “I appreciate the support I receive from SLU – my coach went with me to Russia and his help before and during the tournament was invaluable.”