SLU’s chess players continued their dominance of the board at the Midwest Collegiate Chess and Blitz Championship, taking both top team slots in the tournaments two section, Classical and Blitz, as well as five top finishes. 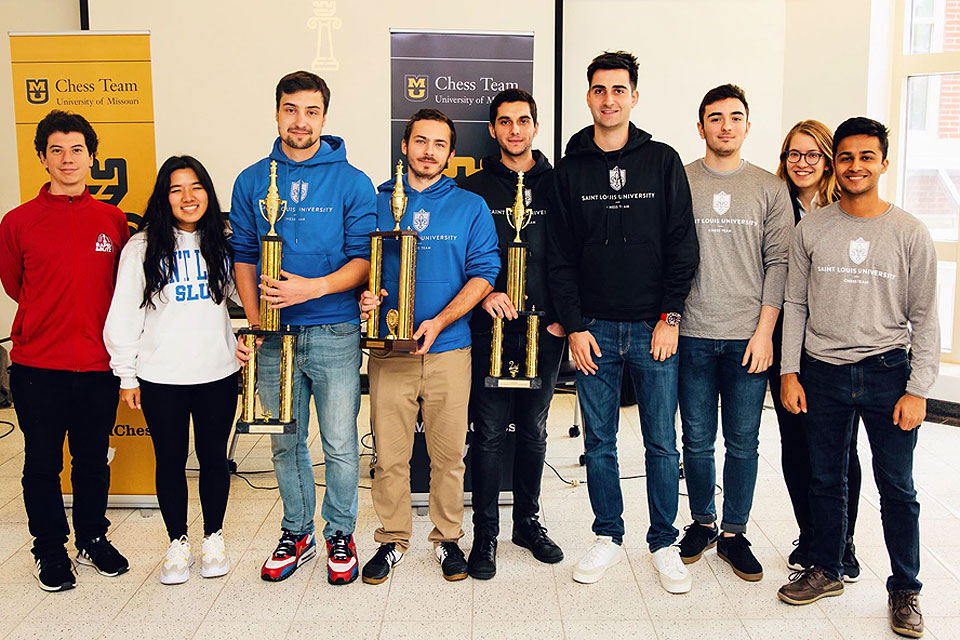 Members of the SLU Chess Team and coach Alejandro Ramirez (far left) gather to celebrate their team and individual victories at the Midwest Collegiate Chess and Blitz Championship. Submitted photo

Senior Dariusz Swiercz and sophomore Nikolas Theodorou finished first and second in the tournament’s Classical section play. Sophomore Benjamin Bok, who recently competed in the World Cup of Chess in Khanty-Mansiysk in the Russian Federation, took the top spot in the Blitz section, with sophomore Akshat Chandra finishing second and Swiercz taking third.

The tournament took place Oct. 3 to 6 at the University of Missouri-Columbia.

“I think it was a great learning experience for some players and a good chance for others to prove superiority over very tough opposition,” Alejandro Ramirez, coach of SLU’s team, said.

The chess team’s other recent laurels include wins at the National Game in 30 Championship, high finishes in the Paleochora International Tournament in Greece, and strong showings over the summer at tournaments in Turkey. 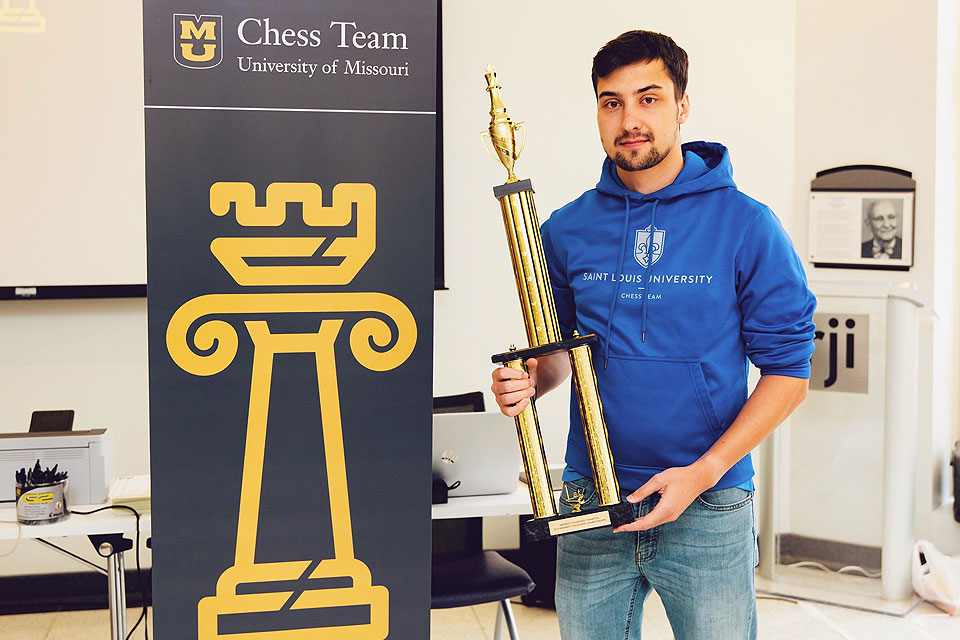 The team is now preparing for the 2019 World University Team Prestigious Championship tournament in Tianjian, China, in November, and for the Pan-American Intercollegiate Chess Championships in December.

The Tianjian tournament is being held in honor of the 100th anniversary of the founding of Nankai University and Ramirez said it will be chance for SLU players to take on chess grandmasters from leading University teams including Harvard University, Oxford University and Moscow University among others.