The Saint Louis University-built Argus-2 satellite successfully launched into orbit from the International Space Station (ISS) on Wednesday, Feb. 19. The satellite was built by a team of faculty and students at Parks College of Engineering, Aviation and Technology. 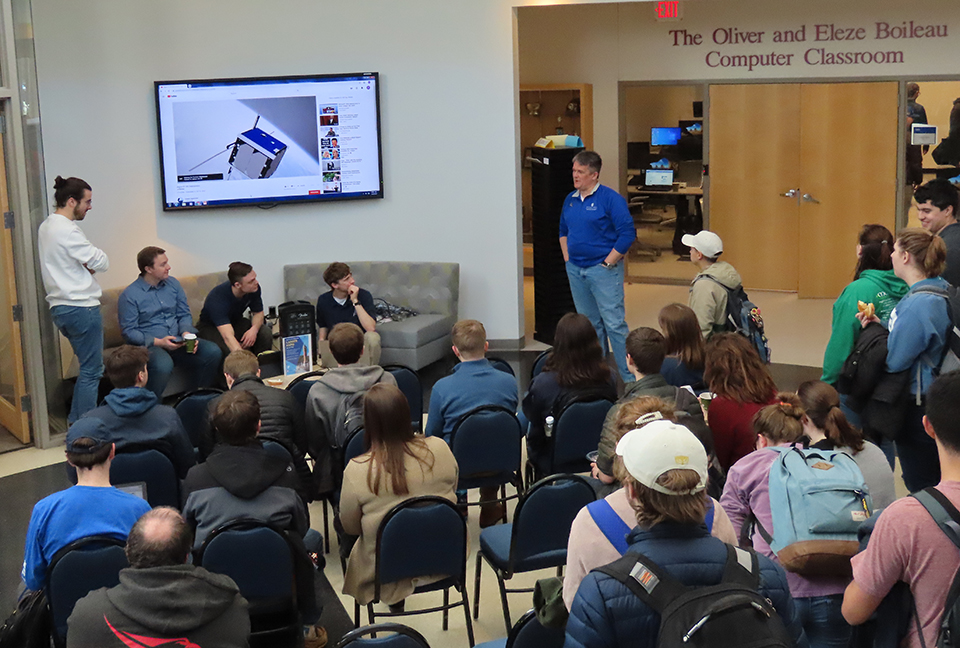 A crowd gathers in the lobby of McDonnell Douglas Hall on Feb. 19 to watch the launch of the Argus-2 from the International Space Station. Photo by Maggie Rotermund.

The campus community was invited to join students and faculty watch the launch from McDonnell Douglas Hall. A video glitch led to a listening party instead of a watch party, but the crowd celebrated the successfully push from the ISS just the same.

Wednesday’s launch was also a milestone for NASA. With the deployment of satellites from the ISS, the agency celebrated 100 CubeSat launches through NASA’s Educational Launch of Nanosatellites ELaNa program.

The 4-by-8-inch, 6-pound Argus-2 was carried to the ISS in November on board a Northrup Grumman rocket. SLU’s original Argus  was lost to rocket failure in 2015.

The second objective of Argus-2 is to take a baby-step towards SLU’s next space project, called DORRE. DORRE will be a small constellation of two or more spacecraft and two or more ground systems (telescopes).

AI techniques will be used to automatically detect and sense natural events, such as auroras, thunderstorms or meteors.

“The long-term goal of DORRE is to demonstrate that we can move control of the mission from the ground (where all major decisions are made by people) up to the spacecraft,” Swartwout said. “Such a move is needed to enable better use of the limited communications resources and round-trip light delays for deep space missions to let the spacecraft more rapidly detect and respond to interesting, short-term science events.” 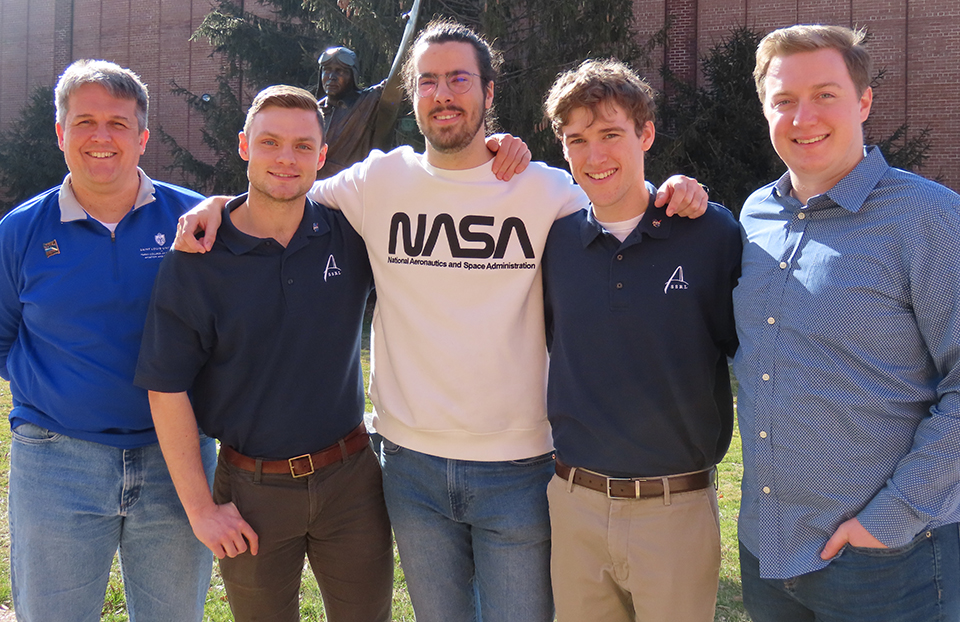