The State of Missouri recently honored the legacy of Norm White, Ph.D., a pioneering Saint Louis University criminologist who spent his life championing an end to the school-to-prison pipeline. 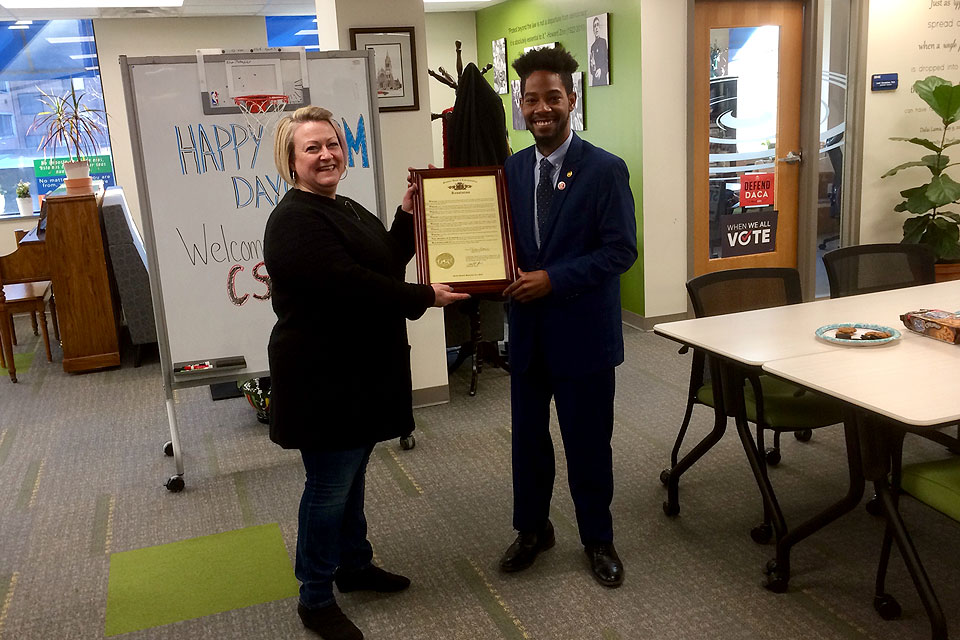 White, an associate professor of criminology and criminal justice in the College for Public Health and Social Justice, died in December 2017.

He was known and admired for his academic knowledge, research, publications and for his passion for using knowledge to bring about meaningful change in the hearts and lives of individuals, communities and society as a whole.

White’s wife, Liz, received a Resolution from the Missouri State Legislature from State Representative Rasheen Aldridge of the state’s 78th District, before a gathering of her husband’s family, friends and colleagues at SLU’s Center for Service and Community Engagement on Thursday, Feb. 20, on what would have been White’s 67th birthday.

The resolution cited White’s efforts to disrupt the school-to-prison pipeline through supporting education, children and families in the City of St. Louis and St. Louis metro area through project’s like his Overground Railroad to Literacy Project and Shut It Down: Closing the School to Prison Pipeline.

In the years since White’s death, the student-led Overground Railroad has continued, connecting local kids, SLU students and other partners to create “a quilt of resources” to support families as they create better futures for themselves and their communities.

As part of the ceremony, several past and present members of Overground Railroad were part of the resolution ceremony and shared about the impact that Norm’s passion for social justice has had on them.