When Michael Podgursky, Ph.D., begins talking about the use of big data to improve educational outcomes and workforce development in St. Louis, you can feel the excitement in his voice. 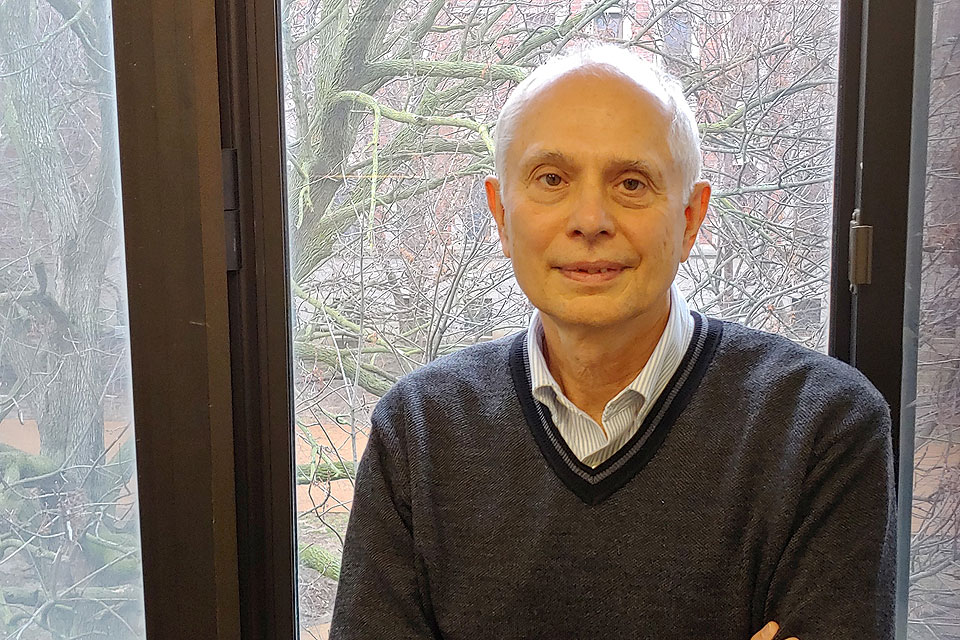 “What’s the bottom line? We want to help St. Louis,” he said.

As the director of the Sinquefield Center for Applied Economic Research, Podgursky’s goal is to use big data from a multitude of sources to improve the lives of people in St. Louis; especially school children in the City of St. Louis.

“We want these kids to do well, wherever they go,” Podgursky said. “How are these kids moving through the educational pipeline? And where are they encountering problems? Big data will help inform possible interventions that can improve outcomes.”

During its first year of existence, Podgursky and his team, along with colleagues from a number of colleges and schools at SLU, already have signed agreements to get educational and jobs data from the State of Missouri. Podgursky also has plans to get other geospatial data, census data and utility data. The more data, the better, he said.

“My goal is to make SLU the go-to spot on urban economic development issues in the city,” he said. “And when we walk into a meeting, we’ll have more and better data than anyone else."

The Sinquefield Center was launched with funding from a $50 million gift from Dr. Jeanne and Rex Sinquefield that created the Saint Louis University Research Institute. The Center reports to Vice President for Research Ken Olliff and is overseen by an executive committee made up of three deans: Tom Burroughs, Ph.D., dean of the College for Public Health and Social Justice; Gary Ritter, Ph.D., dean of the School of Education; and Scott Duellman, Ph.D., interim dean of the Richard A. Chaifetz School of Business.

“As a university-wide center, the Sinquefield Center is mobilizing the expertise of faculty from across SLU to tackle some of the most challenging issues facing our region and our nation,” said Olliff, who also serves as director of the SLU Research Institute. “Dr. Podgursky has had an illustrious career at the University of Missouri as department chair and now Chancellor’s Professor of Economics, and I’m grateful that he’s focusing his considerable talents on leading this important initiative at SLU and in St. Louis.” 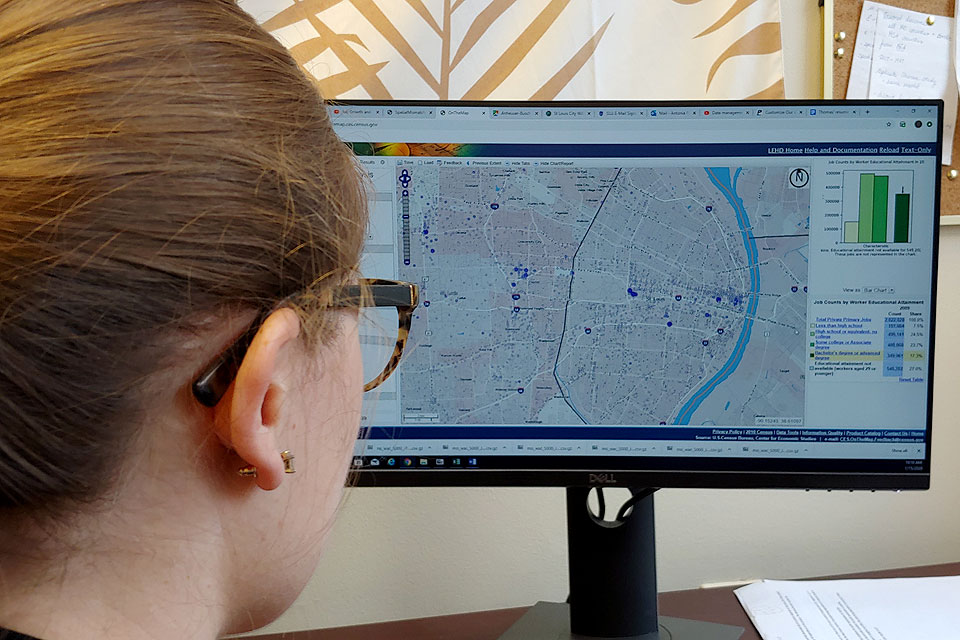 Already, the Sinquefield Center is collaborating with many top SLU researchers. Takako Nomi, Ph.D., associate professor of educational studies, works closely with Podgursky to obtain detailed educational data from the state for her research on inequities and disparities in high school-to-college outcomes from the many school districts across the region.

“As far as we know, no one in St. Louis is doing this,” Nomi said. “It’s very exciting, I’ve been waiting for this. To deal with issues facing our educational system, we have to have the data.”

For Enbal Shacham, Ph.D., professor of behavioral science and health education in the College for Public Health and Social Justice, the big data acquisitions from the Sinquefield Center are not only assisting with her research on how various economic and educational factors impact health outcomes in the region, but, she said, it is bringing together researchers from across the University to use big data collaboratively and have an even bigger impact.

“We’re at a moment in time in St. Louis where we can collaborate and know more if we connect all of our data in a meaningful way, and the center has allowed us to do that,” Shacham said. “The center is allowing for cross-disciplinary work that hadn’t been occurring.”

Podgursky also wants to focus attention on the $1.7 billion new National Geospatial-Intelligence Agency headquarters being built in north St. Louis. Working with the NGA and GeoSLU, he wants to reverse engineer NGA data to find out where its employees come from and what can be done to ensure St. Louis students have the right skill sets for jobs at the NGA.

Thus, Podgursky said he aims to answer two key questions: “Where are these people trained? And what buttons can we push to help stimulate development in the city in this sector?”

Soon, Podgursky plans to hire up to four post-doctoral students to work on research projects with the data, and to submit geospatial research proposals to the National Science Foundation, among other funding agencies.

All of this is with one goal in mind: “We want to do good research,” Podgursky said. “Research that helps people.”