SLU Ranks in Top 25 for Best Catholic Colleges in America, No. 9 for Online Programs 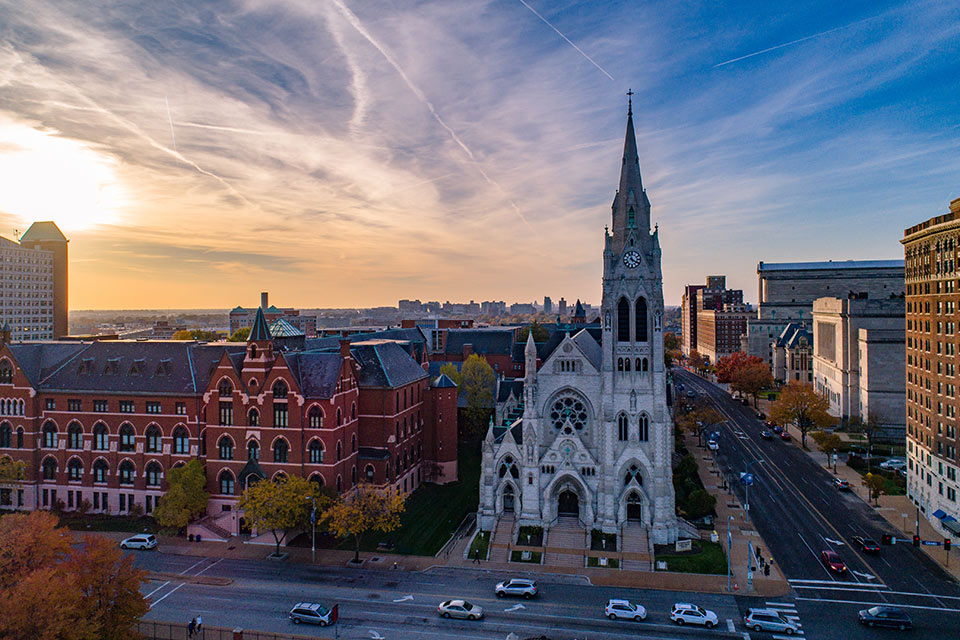 The site terms Saint Louis University “one of the most respected Catholic universities in the nation.”

SLU follows the Jesuit traditions of educating the whole person — mind, body and spirit — and preparing students to make the world a better place.

The College Consensus ranking analyzed Catholic colleges and universities based on rankings from national and internationally ranked publishers including U.S. News & World Report and The Wall Street Journal, as well as ratings from reputable reviewers like Niche, which include a student perspective, to come up with an objective ranking.

The site noted that SLU “pioneered medical education in the Midwest,” and highlighted the University’s expertise in the health and medical fields, citing strong education programs in health sciences, dental education, the College of Public Health and Social Justice and the Trudy Busch Valentine School of Nursing.

Continued outreach to students, offering traditional and non-traditional educational options, has SLU “poised for the future of higher education, while keeping it rooted in Catholic identity and heritage.”