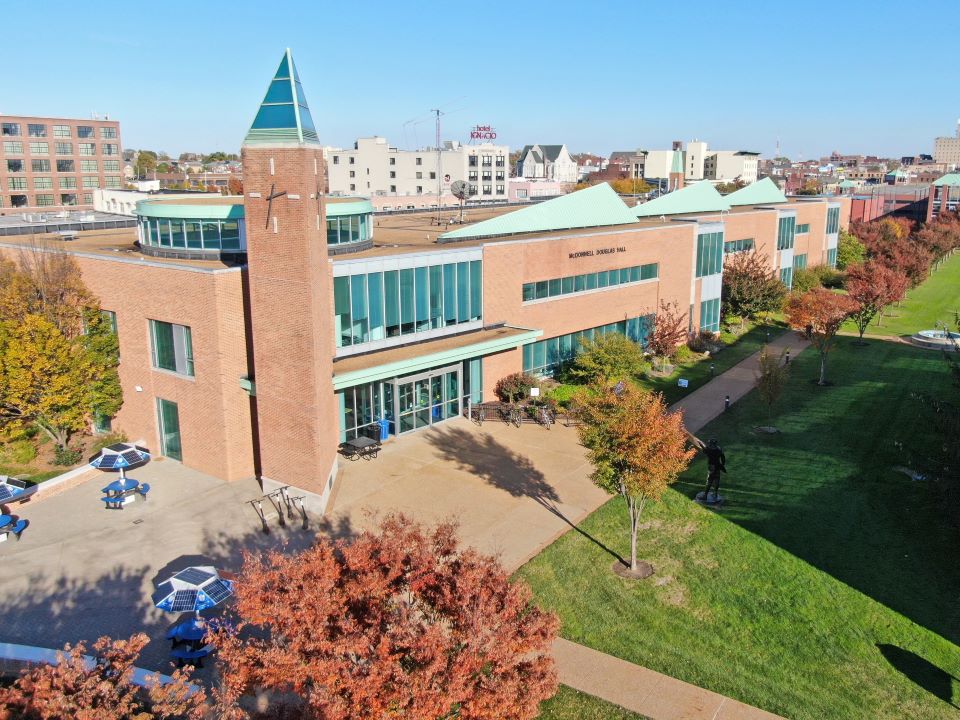 The two-year partnership is part of the UNP’s 11th program cycle promoting and sustaining university research and education focusing on small satellites and related technologies.

“The University Nanosat Program provides excellent professional training for our students and access to industry professionals,” said Michael Swartwout, Ph.D., associate professor of aerospace and mechanical engineering. “UNP participation has opened the door for our graduates to pursue space-industry careers, and I’m thrilled that SLU will be participating in its fourth UNP design cycle.”

SLU’s inclusion in the program means students will be able to continue work on a project already in the works. DORRE began as small constellation of spacecraft and ground systems.

In August, the DORRE team participated in the UNP’s Nanosat-10 Competition. After the competition, the student team decided to pursue a flight with the spacecraft the team built during its time in Nanosat-10.

The updated system is an eight spacecraft project to demonstrate autonomous spacecraft operations. The team is working to teach the eight spacecraft to work together to detect and respond to science events on Earth – volcanoes, thunderstorms, hurricanes, etc.

This version will have better cameras and better pointing capabilities.

“We are calling this one DARLA,” Swartwout said. “DARLA is a single-spacecraft demonstration of the software and technologies needed to do the full DORRE mission. We have submitted a proposal to NASA to fly DARLA under its CubeSat Launch Initiative; if all goes well and we are selected, we would hope to fly DARLA sometime in early 2023.”

Swartwout said that would give the team time to fold the lessons they learn from DARLA into the full DORRE mission. The student team is preparing to hold functional and environmental tests this spring.

SLU’s Space Systems Research Laboratory has been actively working since 2009.

Swartwout is now recruiting a new team of students to take over the DORRE project. He said running teams in parallel worked well for with Argus-2 and the original DORRE.

At a recent Flight Selection Review for UNP’s tenth cycle, three universities (the University of Minnesota, Texas A&M University and Michigan Technological University) were chosen to remain in the program and continue development of their CubeSats. These universities will be provided flights to space upon completion of their satellites.

More than 20 universities submitted entries on enabling technologies in the small satellite form factor. These included novel experiments in communications and networking, formation flying, space domain awareness, among others.

The Air Force Research Laboratory (AFRL) is the primary scientific research and development center for the Department of the Air Force. AFRL plays an integral role in leading the discovery, development, and integration of affordable warfighting technologies for our air, space, and cyberspace force. With a workforce of more than 11,500 across nine technology areas and 40 other operations across the globe, AFRL provides a diverse portfolio of science and technology ranging from fundamental to advanced research and technology development. For more information, visit: www.afresearchlab.com.

Saint Louis University’s Parks College of Engineering, Aviation and Technology offers aviation degrees and engineering degree programs that enable students to study these technical disciplines in a traditional university setting. As the first federally-recognized flight school, Parks College has a rich history of creating well-rounded leaders in aviation and engineering fields such as civil, electrical, computer, mechanical, biomedical and aerospace.