During the University’s extended semester break, Saint Louis University maintenance workers from several crews were hard at work on campus. They retrofitted all lighting in McDonnell Douglas Hall to LED, an energy-saving alternative.

“It was great during this time of isolation to see the team pull together for this project which took four weeks to complete,” said Keith McCune, assistant director of facilities management at SLU. “We often do smaller projects on a day-to-day basis. It's nice to do a larger project.” 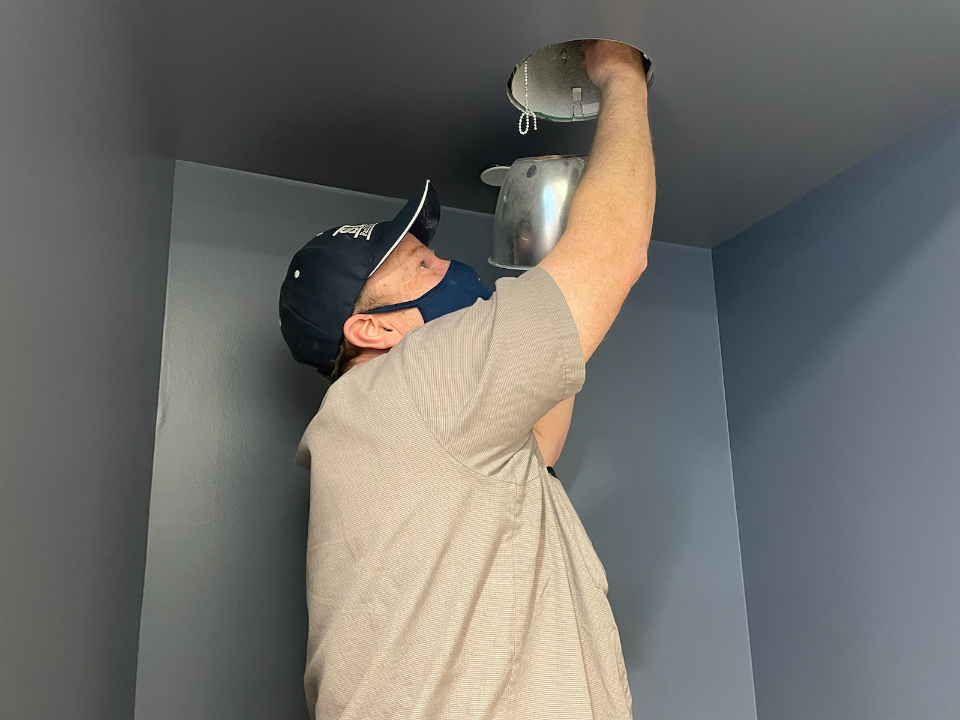 This year, McDonnell Douglas Hall celebrates its 23rd birthday. Over its lifetime, maintenance workers have completed building re-lamps every three to four years. It was due for another re-lamp. This method replaces all lamps in the building even if they are working, McCune said.

“At its current age, we were beginning to have more ballast failures. Ballast is what provides the voltage for the fluorescent lamps to operate.” McCune said. “We decided instead of doing a re-lamp, we would make an LED conversion.”

McDonnell Douglas Hall is the admin home of Parks College of Engineering, Aviation and Technology.  The team thought it especially fitting for engineering students and instructors to observe the upgrade process.

The University, an EPA Green Power Partner, remains committed to ongoing sustainability efforts. This project alone will save 53,783 watts. McCune estimates a one-year energy savings of $14,134.17 and 247,763 kWh.

The Facilities Services Division is responsible for the management of all utilities for the north, south, and downtown campuses. Buildings that are completely LED, like the Interdisciplinary Science and Engineering (ISE) building, are the new standard for fixture selection. The team’s next project is Oliver Hall.