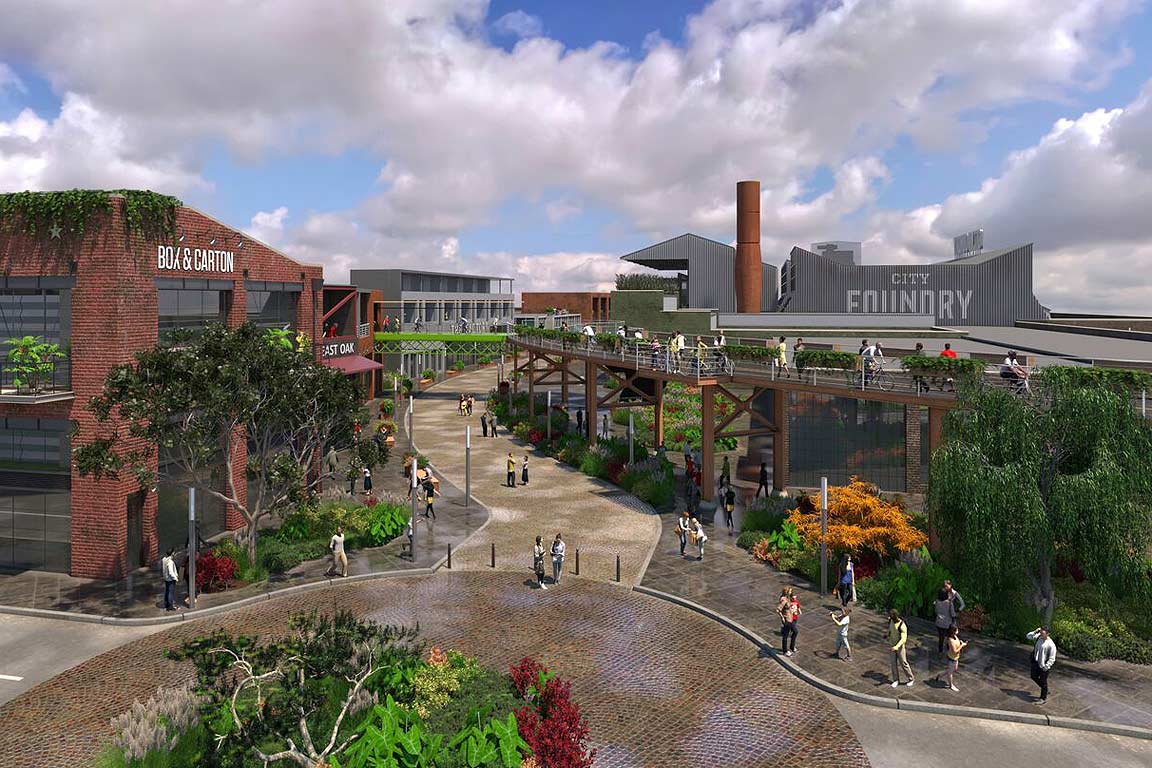 An artist’s rendering of the main entrance to City Foundry, one of the major projects in the redevelopment area. Image courtesy of the Lawrence Group.

SLU was honored for its commitment to using minority and women-owned construction firms in all Midtown Redevelopment Corporation projects. The Corporation has a community benefits agreement to promote women and minority participation in projects. As part of the agreement, SLU and SSM Health also provide financial support to pre-apprenticeship training programs.

The full awards ceremony is available on YouTube. Brooks Goedeker (MSW ’04), executive director of the Redevelopment Corporation, accepts SLU’s award at the 48 minute mark of the video.

In 2018, the SLU community and supporting institutions voted to name Prospect Yards, a half-mile area bordered by Laclede Avenue, Chouteau Avenue, Grand Boulevard and Vandeventer and Spring avenues. The area also includes the Armory District and The Foundry.

In 2019, SLU selected a real estate/development firm to acquire the rights to purchase and develop a 14-acre property at the corner of Grand Boulevard and Chouteau Avenue.

Since 1946, MOKAN Construction and Contractors Assistance Center has been at the forefront of efforts to provide opportunities for MBE and WBE contractors. MOKAN’s mission is to serve as an advocate and negotiator for the inclusion of minority and women-owned businesses in construction projects.