Saint Louis University’s Office of Diversity and Community Engagement has a new name that reflects its expanded focus and a renewed commitment to innovative transformation. 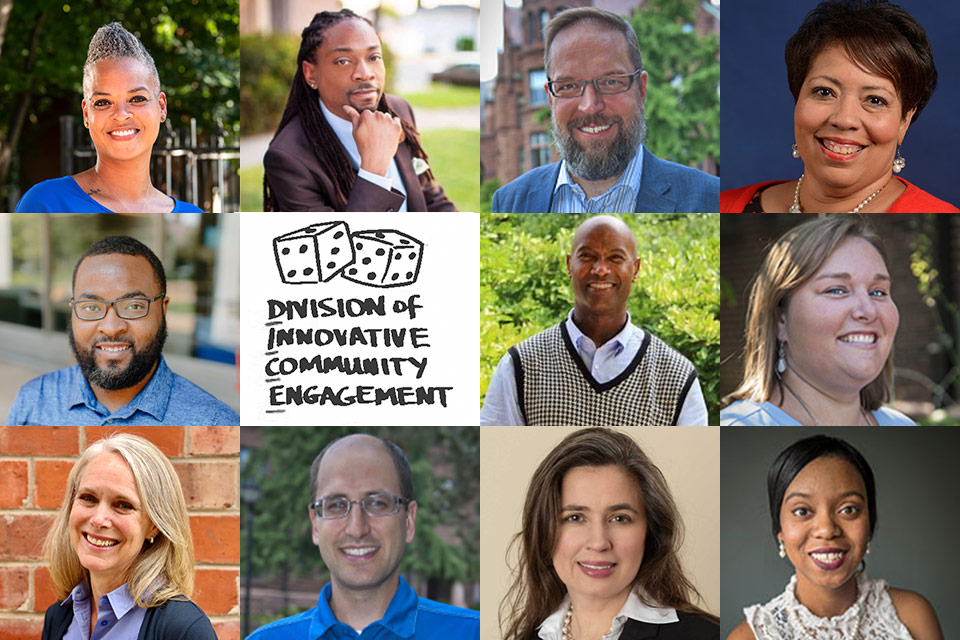 Occupy SLU was a peaceful occupation at the campus clock tower across six days in October 2014, following the officer-involved shootings of two African American young men: Michael Brown Jr. in Ferguson, Missouri, and VonDerrit Myers Jr., the son of a long-time staff member, VonDerrit Myers Sr., in the nearby Shaw neighborhood of St. Louis.

Occupy SLU ended with the adoption of the Clock Tower Accords, a 13-point agreement to actively strengthen diversity, equity and inclusion (DEI) on campus. The Accords have brought cultural and structural change to SLU, including the creation of an Office of Diversity and Community Engagement, founded by the late Jonathan Smith, Ph.D., SLU’s first chief diversity officer.

Smith was collaborating with University stakeholders to reorganize, and invest in, the Division.

“It was Smith who laid the foundation for this work, and we are witnessing the fruits of his labor,” said Amber Johnson, Ph.D., (A&S ’01, Grad A&S ’02), interim vice president of diversity and community engagement.

In August after Smith's passing, Johnson took the helm leading a strategic planning session determined to carry out his legacy. The Division now consists of five units: The core leadership team includes the VP for diversity and innovative community engagement, assistant vice president and four special assistants to the VP. It also includes the executive directors, faculty and staff of the CSCE and Cross Cultural Center, now named Center for Social Action and Cross Cultural Center for Global Citizenship, respectively.

Johnson is in the process of incorporating several new hires into the Division. Michael Hankins, Ph.D., (A&S ’09, Grad ’17) serves as special assistant to the VP for recruitment in STEM. Also an assistant professor in the Department of Chemistry, his responsibilities include community engagement and the recruitment of STEM students to the University with an emphasis on those from marginalized and underrepresented communities.

Division initiatives included the establishment of DINO Force, a campus-wide task force that includes members from every single unit on campus who are designated as DEI specialists or interested in diversity on campus. DINO stands for Discover, Include, Navigate, Organize.

“Other higher education institutions have offices devoted to promoting diversity, equity and inclusion. They often have adopted formulaic, cookie-cutter solutions that fail to build authentic relationships and true inclusive excellence,” Johnson said. “At SLU, our goal is to build a robust, inclusive community rooted in innovation, creativity, and enthusiasm.”

A national search for a permanent vice president is underway and is expected to be in place by July 1, 2022.

This story is part of a series commemorating Occupy SLU Week. Next, learn why the Cross Cultural Center for Global Citizenship and Center for Social Action were rebranded.