Guided by the Jesuit emphasis on academic rigor and service to others, SLU's Billiken Teacher Corps is celebrating its fifth anniversary and its latest cohort of new student teachers working in local Catholic schools. 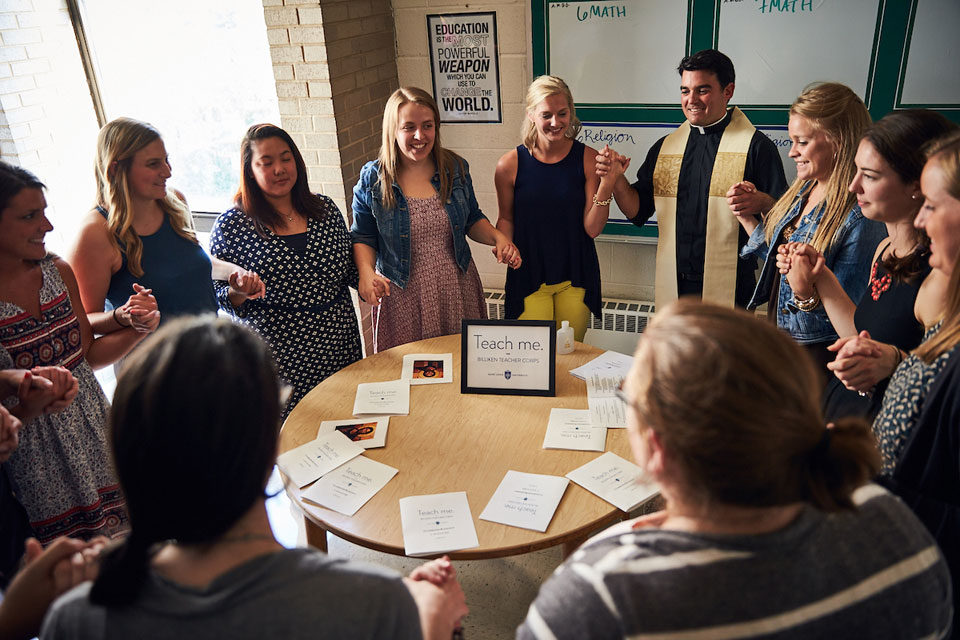 The Billiken Teacher Corps is celebrating five years. Here, a past cohort prays together. Photo by Jay Fram

Developed by staff and faculty members in the School of Education during the 2014-2015 school year, the corps pursues the University's mission by placing new SLU graduates in teaching roles in under-resourced local Catholic schools.

Since the corps's founding, about six new students are placed in schools each year as teachers. 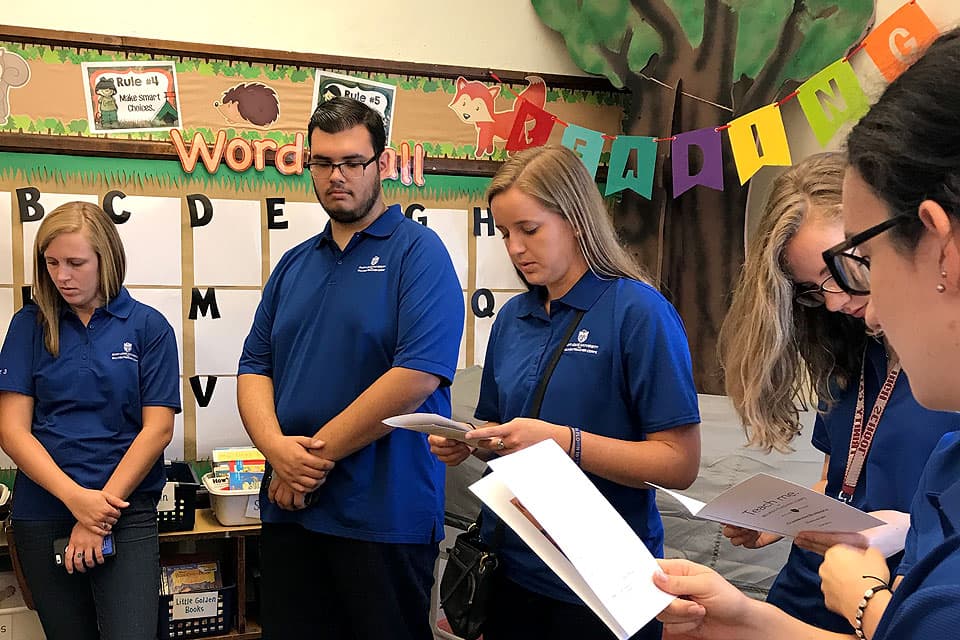 Members of the 2017 cohort of the Billiken Teacher Corps pray to start their year. Submitted photo

The program began in June 2015. The corps's most recent cohort of first and second-year teachers began their school years in Catholic schools in both Missouri and Illinois.

In its first five years, three cohorts have graduated from the program and many have gone on to teach in Catholic schools.

"Anyone who has ever taught knows that teachers learn from their students," Ronny O'Dwyer, S.J., director of the Billiken Teacher Corps, told Universitas, SLU's alumni magazine in fall 2016. "So to the students, too, we say teach me — teach me how to be Christ for you."

The program's members have also served students beyond their classrooms, hosting the Catholic School Olympics on SLU's campus in January 2019 among other service activities. The Olympics brought hundreds of grade and high school students from across the Archdiocese of St. Louis to campus for a day of contests and activities including  sports, trivia contests and dance lessons. Younger students made rosaries, played winter-themed games and decorated cookies with SLU student volunteers. 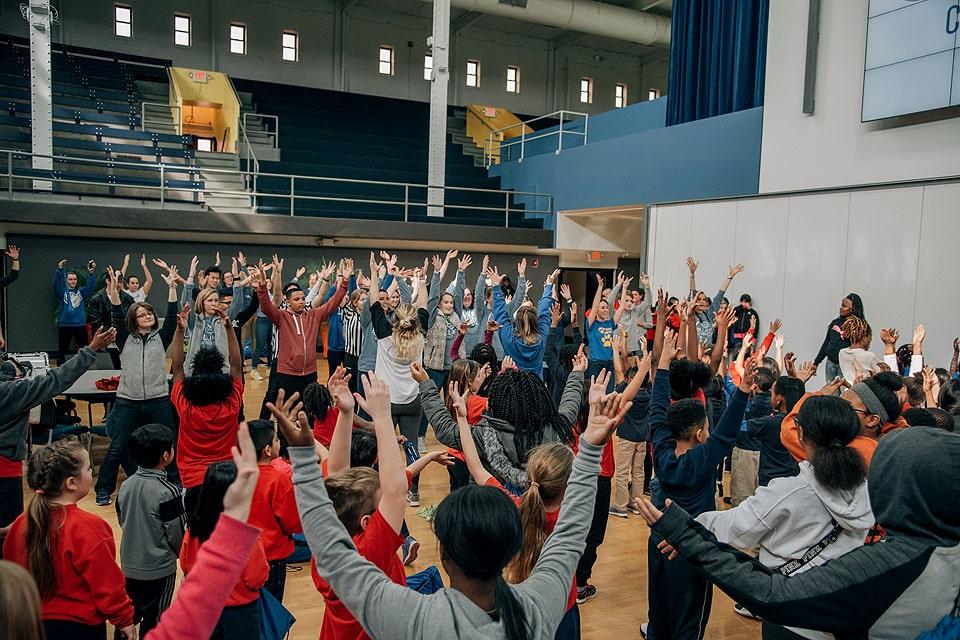