Some of the world’s earliest masterpieces were painted on stones, and now John Encarnacion, Ph.D., a geologist at Saint Louis University, is combining his passions for science and the fine arts to help art lovers get a sense of ways geology hides in museum masterpieces. 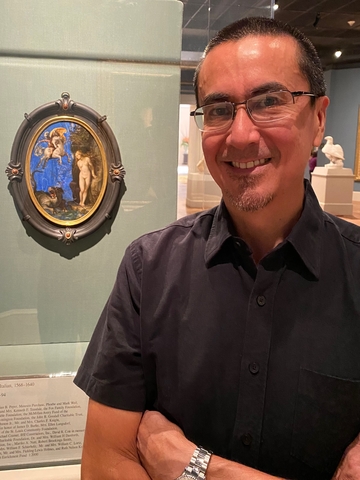 “I wanted to be a painter, believe it or not,” he said. “But I was also very curious and loved to be outdoors. That is why I eventually took on geology. But I never abandoned my love for art.”

Encarnacion recently contributed to the catalog of a forthcoming exhibition at the St. Louis Art Museum (SLAM), Paintings on Stone: Science and the Sacred, 1530-1800. The exhibition is tentatively set to open in 2022, Encarnacion said.

“SLU encourages us to seek ways to serve our community,” he said. “The various segments of that community—the art and science sectors in this case—benefit when there is mutual cooperation, sharing of ideas, and communication.”

When the exhibit opens, Encarnacion, a professor in the Department of Earth and Atmospheric Sciences in the College of Arts and Sciences, will deliver several lectures at SLAM to explain the origins of the stones and answer questions from the public.

As it prepared the catalog, SLAM needed an expert to help with the rock identifications and descriptions. According to Encarnacion, the museum reached out to the St. Louis Science Center for help, and its staff directed the museum to him. He helped with identifying stones in the exhibit and then turned to writing sections about each type.

Teaching a Passion for Geology, Stone by Stone, By Way of the Arts

His work has taken him to Antarctica, China, Iceland, Madagascar, the Philippines and southern Africa. He also leads students into the field on research trips to geological must-see locations like Hawaii, California’s Death Valley and Mount St. Helen’s and Mount Rainier in Washington State.

Read more about some of Encarnacion's past research

“Science is increasingly more important in our daily lives, especially earth science,” he said. “Our continually developing modern technologies rely on materials derived from the earth and found by geologists. Extremely important issues like climate change and environmental degradation demand insertion in conversation whenever politely possible.” 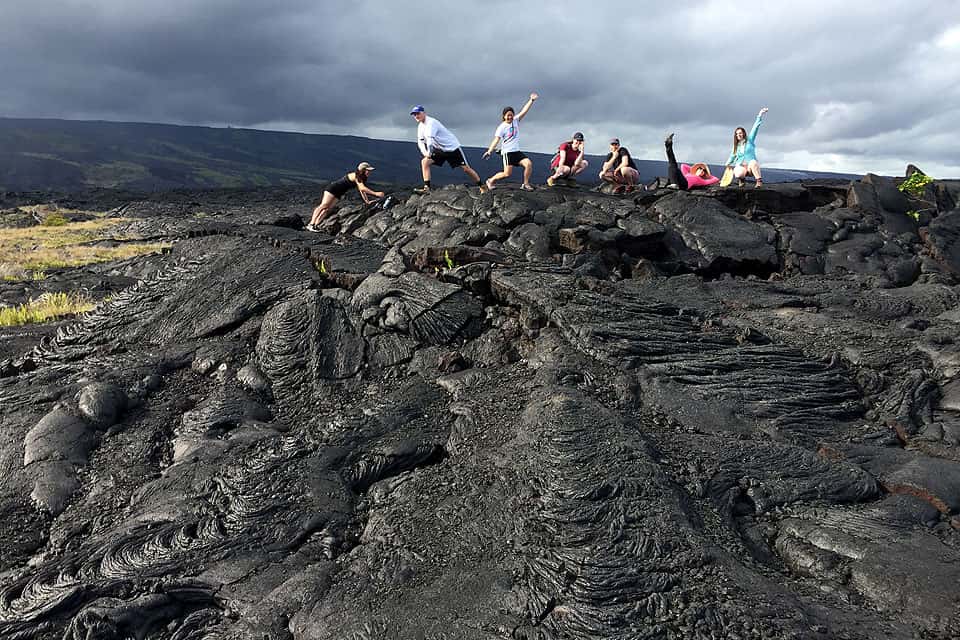 While his research usually takes him out to study rock formations, Encarnacion has never abandoned an early love of art and sees interdisciplinary connections between the two, historically and in daily life today. Before embarking on his own career as a geologist, Encarnacion considered majoring in the fine arts.

“Leonardo Da Vinci was an astute observer of landscapes, rock formations, and fossils,” the SLU geologist said. “His detailed observations of geologic features enhanced his paintings and made them more realistic. The artists that used stones as a canvas for their paintings in this book noticed and appreciated the interesting patterns in stones, which presumably inspired them to create their art."

"Conversely, one can be a better geologist if one develops an eye for patterns, subtleties in color and shade, and skills in drawing three dimensional objects—a common challenge for field geologists," he continued.

Encarnacion said he realized early in his career that artistic ability can be beneficial in geology.

“I discovered that one is a better geologist if one can draw things well,” he continued. “Geology is very visual. The Earth has beautiful structures expressed in landscapes, rock formations, and structures seen in a roadcut, say. Drawing these features forces you to think about the details of the features you are observing. I use my drawing skills on the chalkboard in the classroom. I love to tell my students ‘OK, it’s drawing time again!’”

His Favorite Piece in the Upcoming Exhibit?

Encarnacion recommends those going to see the SLAM exhibit look for the pieces which use lapis lazuli (lapis for short) as their canvas, including Perseus Rescuing Andromeda by D’Arpino.

“Lapis lazuli is a brilliant, almost unnatural, blue with sprinklings of bright yellow pyrite and streaks of white calcite,” he said. “I love the way the artists used the lapis as surreal-looking skies.”