Saint Louis University ranks No. 8 on the Wall Street Journal’s 2021 list of the top 10 colleges in big Midwestern cities. 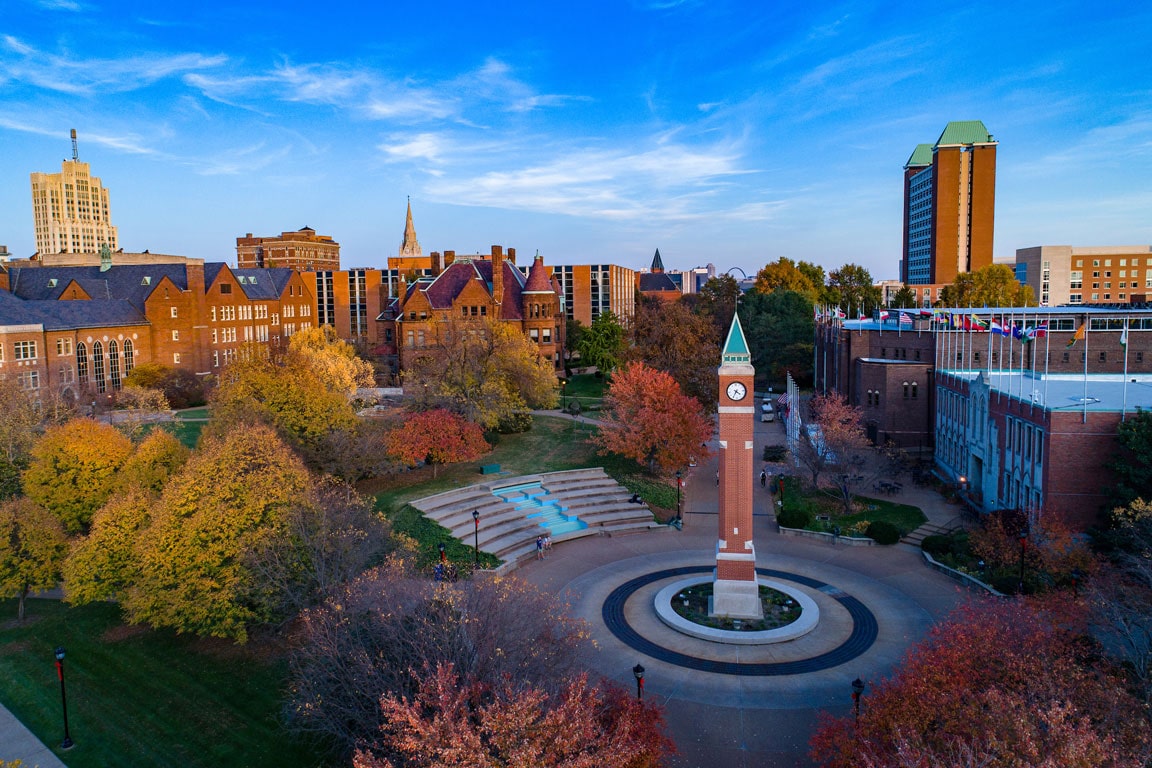 Saint Louis University's campus is in the midtown area of the City of St. Louis. SLU file photo.

TheWall Street Journal/Times Higher Education College Rankings also put SLU No. 6 among the top 10 Catholic universities in the country in their annual ranking, a placement SLU has held for multiple years.

The assessments were based on student outcomes, which include debt burdens and graduate salaries; academic resources for students; student engagement; and diversity.

In the 2021 Best Colleges rankings, U.S. News & World Report ranked Saint Louis University as one of the nation’s Top 50 Best Value Schools, affirming again that SLU students get a first-class education at an affordable cost.

Overall, SLU was ranked in the top 26 percent of all national universities at No. 103 on a list of nearly 400 colleges and universities.

The University’s undergraduate programs in business and engineering also rated among the best in the nation in this year’s U.S. News rankings, including No. 15 for international business, No. 36 for entrepreneurship and No. 145 for best undergraduate engineering program. For the first time in 2021, U.S. News ranked computer science programs. SLU rated No. 191 in the inaugural ranking.

More than 30 programs at Saint Louis University were ranked in the U.S. News & World Report Best Graduate Schools for 2021, including a No. 1 ranking for SLU’s health law program for the 16th year.

In addition to being ranked for providing quality education, SLU has been recognized for the service of its students and the services SLU provides its students.

Saint Louis University was included in the Princeton Review’s 2021 list of Best 386 Colleges. SLU was ranked No. 2 nationally as a university most in engaged in community service - an honor which reflects SLU’s commitment to service and the Jesuit ideal of being people for others. SLU has ranked near the top of the community service list since 2018.

The Princeton Review also ranked SLU No. 17 in the nation for best counseling services. SLU expanded mental health services at a time when many colleges and universities reduced them as part of budget cuts. The ranking is based on a student assessment of the counseling services available on campus.