The academic advisers in the College of Arts and Sciences are dedicated to ensuring your success at Saint Louis University. 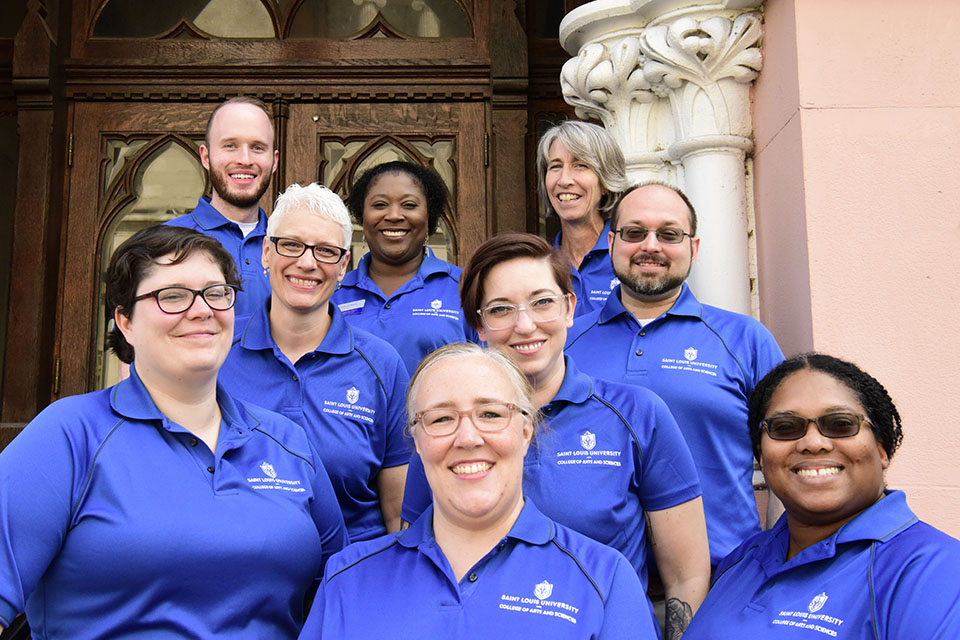 Peggy Dotson began advising students at SLU in September 1999 in the Academic Services Center. Before entering the field of advising, Dotson was the study abroad coordinator at the University of Missouri-St. Louis. She enjoys helping Arts and Sciences students create a curriculum plan that matches their interests and goals and supports students through the various challenges of college life.

LaKesha Fletcher started her career at SLU in 2006 as an academic advisor in the Academic Services Center. She transitioned to Parks College of Engineering, Aviation, and Technology in 2007 and then joined the advising staff in the College of Arts and Sciences to advise and work with A&S students in 2008. Fletcher’s favorite aspect of academic advising is assisting new students with their transition to SLU, as well as working with students to achieve their academic goals.

Pamela Jackson began her career in higher education, more than 20 years ago at Missouri State University, working as a recruitment and retention coordinator for Multicultural Student Services. Jackson joined Saint Louis University in 2002 and has worked in a variety of capacities associated with undergraduate recruitment, retention and academic support.

Jackson enjoys applying her knowledge and experience to assist students with developing their strengths in order to achieve their personal and academic goals. She currently teaches a section of UNIV 1010: Enhancing First-Year Success.

Jeff Janson started advising at Saint Louis University in August 2010, but he was a Billiken long before that. He earned his undergraduate degree at SLU and was also a member of the first class in the Micah House Program and an RA.

After working in student housing departments in South Dakota and Iowa, Janson returned to SLU to start his new career in Academic Advising, as well as teaching a section of UNIV 1010: Enhancing First-Year Success. His favorite part of advising is assisting students on their academic journeys and witnessing their joy at commencement.

Emily Wartick joined the SLU family in March 2011. Prior to working at SLU, she worked as an advisor at Lewis and Clark Community College. Wartick graduated from Bradley University with B.A. degree in psychology and then attended Lindenwood University to complete a Master of Arts in school counseling.

She enjoys working with a variety of students and looks forward to helping students grow and challenge themselves. In addition to academic advising, she teaches a section of UNIV 1010: Enhancing First-Year Success.