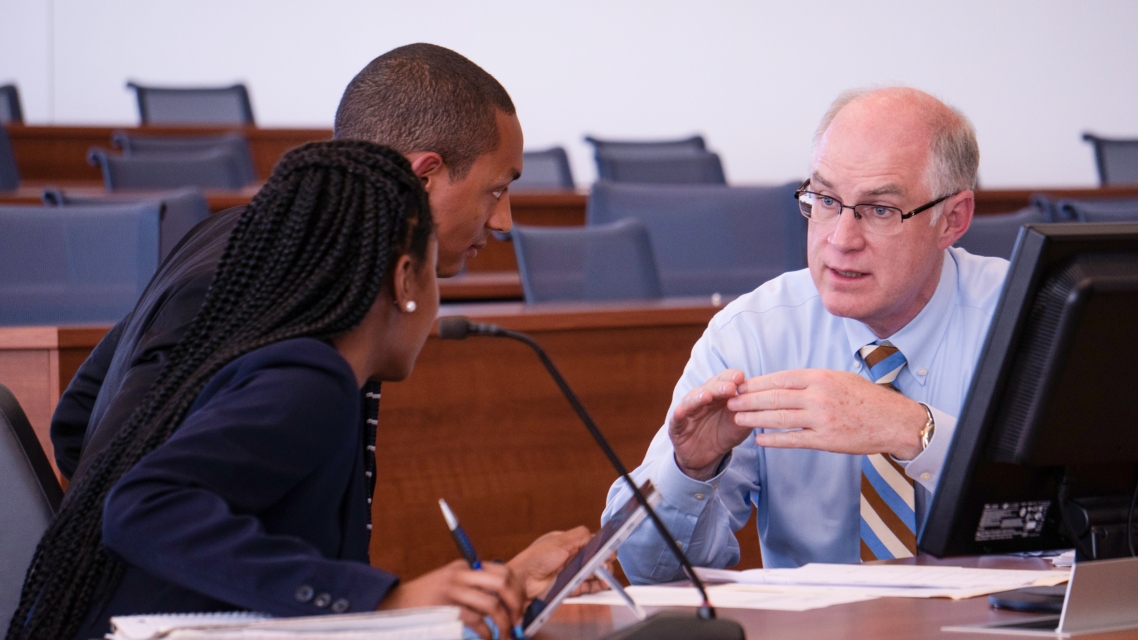 The faculty at Saint Louis University School of Law are leaders in scholarship, teaching and service. Their research advances the study and practice of law and their commitment is apparent from the first day of class. Drawing from their legal expertise and experience, the faculty work closely with students guiding, challenging and mentoring them through the complexities of the law.

Faculty in the News

Elizabeth Pendo was quoted in a Rolling Stone article on the difficulties that people suffering from long COVID face when they return to the workplace.

Roger Goldman was featured in a Crime and Justice News article on police decertification.

Anders Walker was interviewed for a KMOV TV Ch. 4 story regarding the campaign donations made to the judge in the Randy Gori murder trial.

Marcia McCormick was quoted in an Independent article about a Catholic high school in Illinois that came under fire after they terminated a teacher for her sexual orientation.

Ruqaiijah Yearby was quoted in an Atlantic article on America’s preparedness for the next pandemic.

Marcia McCormick was interviewed for a KSDK TV Ch. 5 story on the future of the Missouri Stands for the Unborn Act passed in 2019.

Ana Santos Rutschman was quoted in a Chemistry World article regarding the FDA’s full approval of the Pfizer BionNTech vaccine.

Michael Duff  was quoted in a Reuters piece on the use of an OSHA rule in the federal vaccine mandate.

Roger Goldman was quoted in a Salt Lake City Tribune article regarding a Colorado police officer whose license was revoked following a shootout.

Ruqaiijah Yearby was quoted in an Atlantic article on what it means to be fully vaccinated.

Michael Duff was quoted in a Bloomberg Law article on OSHA and the vaccine mandate.

Sue McGraugh was quoted in a St. Louis Post Dispatch article on the high turnover rate in the St. Louis City Prosecutor’s office.

Elizabeth Pendo was quoted in a Catholic News Service article, that was published in the National Catholic Reporter, on the legality of a vaccine mandate.

Peter Lucier (Law student) was featured in a St. Louis Post Dispatch article highlighting his work to assist in the extraction and resettlement of Afghan refugees.

Roger Goldman was featured in a Missouri Independent article highlighting his long career bringing attention to problem and wandering cops.

Rob Gatter and Michael Wolff were quoted in a Missouri Independent article on the history of vaccine mandates in the state of Missouri.

Faculty in the news archive